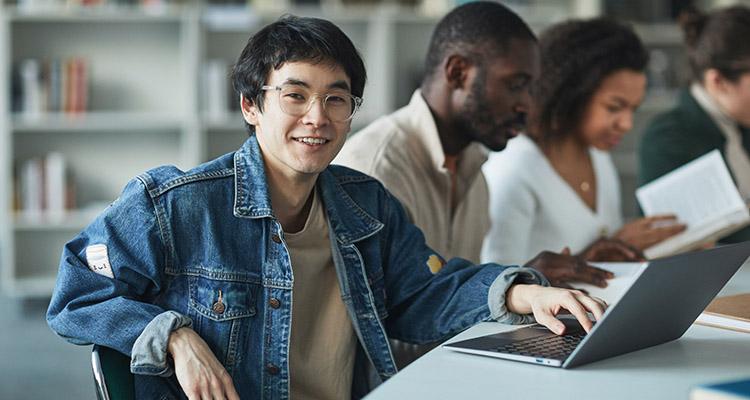 GNECsis, the Church of the Nazarene’s custom student information system, has streamlined administrative processes for more than a dozen Nazarene higher education institutions around the world, allowing the schools to secure their information long-term and provide ease of use with 24/7 support.

The idea of creating a custom system began in 2014 when the Global Education and Clergy Development office discovered that three dozen Nazarene higher education institutions either had no computerized system or had one that is no longer supported. This reality meant that nearly half of all Nazarene students’ information, including registration status, grades, transcripts, and more, was at risk of being lost.

Kindra Bible, senior software developer for GNECsis, and Jeff Beam, Global Ministry Center Information Technology director, worked for over a year to develop a system that was owned by the Church of the Nazarene and customized to fit its institutions’ needs.

In 2016, they deployed GNECsis (pronounced Genesis) to the first institution, Asia-Pacific Nazarene Theological Seminary in Manila, Philippines. Over the last six years, the Global Education team deployed GNECsis to 18 institutions, including nine during the two and half years of the COVID-19 pandemic.

“We are amazed and grateful for God’s guidance six years ago to help us launch GNECsis – and now to see the great success and blessing it has been around the world,” said Klaus Arnold, director of Global Education and Clergy Development.

“GNECsis is one of the vital ways that GECD is resourcing leaders so that they can do their part in the overall mission of the Church ‘to make Christlike disciples in the nations.’”

GECD seeks to resource and support Nazarene clergy in every location and language, including the educational systems that help support and train these clergy members.

“God has blessed the Church of the Nazarene with a strong education system that is actively engaging and transforming lives globally,” said Tammy Carter, administrative director for Global Education. “Being able to support our institutions with vital systems – like GNECsis, OPALS (library cataloging), and Wesleyan-Holiness Digital Library (WHDL.org) — is critical as we continue to lean into the future of developing ministers and leaders.”

Institutions now using GNECsis include small, medium, and large universities, seminaries, and Bible colleges representing each of the six world regions. In addition to Nazarene institutions, GECD has deployed the system to two non-Nazarene seminaries in Great Britain.

Dorys Pugong-Arbes, the registrar for Asia-Pacific Nazarene Theological Seminary, felt stuck with the seminary’s previous system and thought that nothing could be done to improve it.

“GNECsis is different because we have people behind it who are very, very supportive and they are active 24/7 in giving support to us,” Pugong-Arbes said.

In addition to added support, the switch to GNECsis allowed APNTS to save money by eliminating the cost of keeping paper records and allocate those resources elsewhere to continue servicing students.

Arnold is pleased to see how quickly the participating schools have accepted the software and hopes other Nazarene learning institutions will join as well.

“GNECsis is a key element as we are supporting our Nazarene higher education institutions to build robust and sustainable administrative systems, not only for the individual schools but also for them as part of the IBOE network collaborating and supporting each other,” Arnold said. “We already see this happening on the different regions when IT specialists or administrators from one school help another school because they are using the same system.”