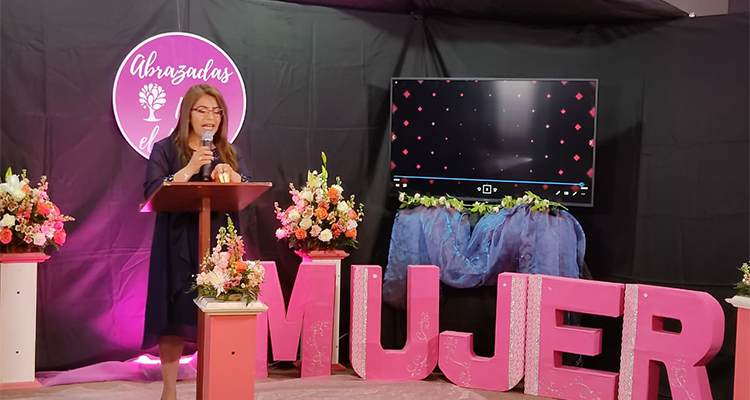 National Women’s Ministry Coordinator Mayra Robalino led the event with the council, including leaders from the six districts in Ecuador. The council hoped to activate, unify, motivate, and push women to develop their gifts and women’s ministries around the country.

Held by the Father was live streamed on 17 September from the Central Mountain District’s center in Riobamba, Ecuador. It was transmitted by Zoom, Facebook, and YouTube. It reached about 1,000 women. During the event, several ministry teams prayed for requests and responded to comments sent by social media. Additionally, each district performed a special such as a dance, recitation, or worship song.

“Our target is to care for these vulnerable women so that they can feel cared for, valued, and protected by God,” Robalino said. “That’s why we came up with the name. We want for them to feel like the church is walking alongside them during this time. We’re trying to care for women in a holistic way.”

The national event will be repeated in each of the six districts in Ecuador throughout the rest of the year.