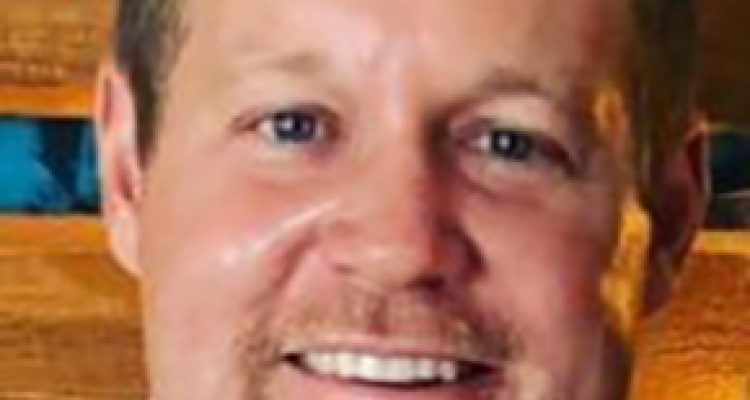 When then-District Superintendent Philip McAlister arrived at the Headwell Church of the Nazarene on Easter Sunday 2015, he hoped to bring encouragement to the small, struggling congregation.

Through difficult times, the congregation had been whittled down to almost nothing, but several were still faithful. On that day, just two were in town for worship.

A woman and her son walked in 30 minutes late. She said that she had once known the Lord but walked away from Him. However, the Spirit had awoken her that morning with conviction that she should be in church, so she had come.

“Their presence showed us that the Lord was still interested in His church in Dunfermline,” McAlister said. “The original two said they would do what they could to help. Without them, there would be no congregation there today.”

Although there had been discussion among the British Isles North District Advisory Board about closing Headwell, the group visited the church. The district’s “Church Planting Dream Team,” a separate group of visionary pastors selected to assist in strategic church planting, also visited Headwell. Everyone agreed the church should get another chance.

Sammy Robinson, a young Nazarene from Northern Ireland, was just graduating from a Bible college in Belfast and preparing for pastoral ministry. McAlister asked the young man to consider taking the church as his first official ministry assignment.

“I didn’t want it, to be perfectly honest,” Robinson said. “There was definitely at least one more option on the table which was a lot more attractive, but I told him I’d go away and pray about it.

"It was the best and worst thing I ever did,” he added with a smile.

In August 2015, Robinson began as part-time pastor with Pastor Nick Daldry, who would serve as co-pastor alongside him for one year.

The two focused on helping the church begin a healing process and rediscover its Nazarene Wesleyan-Holiness identity. After the first year, Robinson continued alone as part-time pastor.

“With God’s help, I’m really trying to instill a culture of prayer and mission into it, but that’s hard graft,” he said. “There appeared a definite need to return to those Nazarene Wesleyan-Holiness and Early Church values right from the outset.”

During the careful process over the past two years, the church has experienced a rebirth, with average attendance growing from a handful to between 15 and 20.

“I wouldn’t say we’re numerically strong, but we are definitely spiritually strong and very healthy,” Robinson said. “That’s formed a foundation. When people start coming in now, it’s a lovely atmosphere and a congregation that love each other and in this way are living out the love of Christ.”

Cathie Johnstone felt led to the church in 2015, following a vision she believed God had given her many years before that God was going to do a great work among those who didn’t yet know Him. When she met Robinson and heard his calling to and vision for the church, she said “how my heart burned when it turned out to be the same vision I’d had for all these years.”

“During the months that followed, almost everyone expected people to flock to the church, but that didn’t happen,” Johnstone added, “and thankfully it didn’t, because it would have been chaotic. We were reminded that our God is a God of order and there were things that still needed to be organised and put in place before the people came into the church.”

Since then, two women accepted Christ through the church and were baptized. Those who are coming are “just so hungry for the Word of God,” Robinson said. “A few of them have said that they’ve never been so close to Jesus."

Most of the current attendees are elderly, reflecting the neighborhood’s relatively large shut-in demographic, but at least one young family from the nearby working-class estate has begun to attend and is inviting friends to visit as well.

Johnstone said neighbors now receive church members warmly when they have knocked on doors and chatted with people over Easter and Christmas seasons.

Headwell’s new health is due in part to the support and partnership of the Trinity Church of the Nazarene, which is just a 30-minute drive away in Perth. Trinity has taken Headwell under its wing by sending musicians to lead worship. Lending them to Headwell on a rotation is a win-win for both churches. Robinson is also on the Trinity staff part-time, under lead pastor Jim Ritchie, who is also the district’s current superintendent. Ritchie was also on the “dream team” that helped decide to keep Headwell open.

“The situation in Dunfermline is one of the creative gospel opportunities which we as a district are pursuing to support a church community in the Kingdom mission God has called them to,” Ritchie said. “The appointment of Pastor Sammy Robinson, with the support and encouragement of the church in Perth, gives us the opportunity to build a strong link between two locations with very different contexts and resources, but with one heart for Jesus. It is a partnership of mutuality in Christ, which I honestly believe gives us strength to rebuild and is a model I anticipate we will follow in other places in our district.”

Despite the victories, the path to healing and rebirthing Headwell has not been easy.

“I’ve learned church planting is hard,” Robinson said. “I’ve learned that the days you want to quit the most is whenever God is just about to do something. He is on the move and certainly not finished with us yet!”