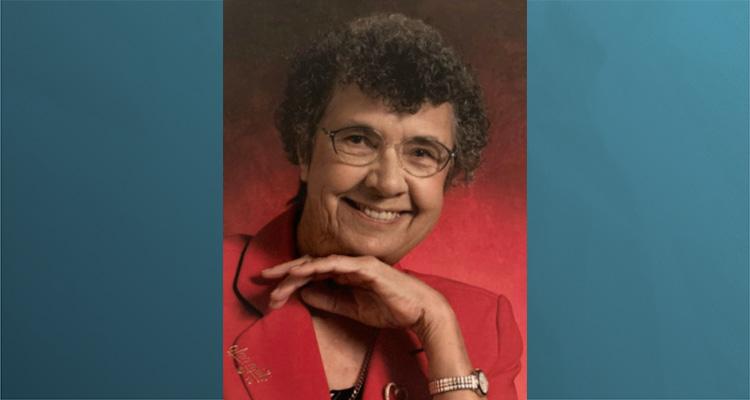 Norine Grantz, 94, of Weymouth, Massachusetts, passed away 24 April 2022. She was a retired missionary who served in Peru for 23 years.

Norine was born on 22 September 1927 in Reamstown, Pennsylvania, to Herbert and Ellen (Echternacht) Roth. She grew up attending a local Church of the Nazarene and was saved at the age of 14. Soon after, she felt called to missions.

After graduating as valedictorian from her high school, she went on to graduate as a registered nurse from New England Deaconess Hospital Nursing School in Boston, Massachusetts, in 1950. The following year, she graduated from Eastern Nazarene College in Quincy, Massachusetts. In the fall of 1952, she headed for Peru as a missionary through the Church of the Nazarene.

In Peru, Norine served as a missionary nurse, working first in the capital city of Lima, learning more Spanish and working in the local church. Later, she travled to the jungles of Moyabamba, then to Cajamarca, and eventually to the mountains of Chota, where she opened a clinic.

While in Peru, Norine met her beloved husband, Howard Grantz – also a young missionary from Pennsylvania. They were married on 1 January 1956 in the mountains of Chota. During their time on the mission field, they were also blessed with the births of their three children, Joseph, Connie, and John. Together, Norine and Howard served all across Peru for over 40 years.

Following their service as missionaries, Norine and Howard moved to Lancaster County, Pennsylvania, where Norine served for many years as a nurse at the local hospital and later as a hospice nurse.

Throughout her life, she led Bible studies, Vacation Bible Schools, Sunday school, and many other ministries through which she had the joy of seeing many come to Christ. She served as the organist for her church and also blessed many over the years with her ability to play and teach piano, organ, guitar, and accordion.

In 2003, Norine and Howard moved to a missionary retirement village in Bradenton, Florida, where they would live for nine years. Norine and Howard were happily married for 57 years until Howard passed away in 2013.

Norine continued to live in Massachusetts, much to the joy of her daughter Connie and her granddaughters Jessica and Rebekah, who got to share their daily life with her.

This is an adapted version of the obituary written by the family. To view the full version, click here.