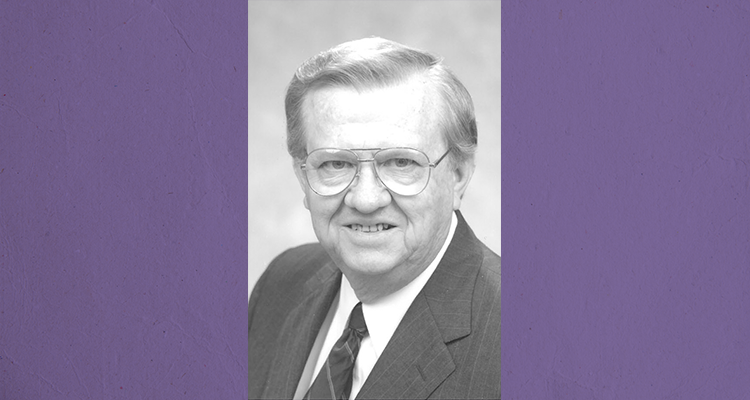 L. Wayne Quinn, 82, of Bakersfield, California, passed away 30 August 2020. He was a retired minister, district superintendent, and a pioneer church planter.

Quinn was born 20 July 1928 in Dacoma, Oklahoma, to Walter and Docia Quinn. He was one of five children. He dedicated his life to ministry at age 14 and would eventually graduate with a bachelor’s degree in theology from Central Pilgrim College (now Oklahoma Wesleyan University).

Quinn began his first pastorate in Pueblo, Colorado, where he started Pueblo Belmont Church of the Nazarene from the ground up. It was his first true experience with church planting.

According to a Herald of Holiness article, he saw a meat counter at a grocery store giving away headbands to the children, which resulted in most of the parents buying something from the meat counter. He wondered if that would work to get families into a church. It did, and after two years in Pueblo, he began travelling the United States teaching his methods.

He would eventually return to the pastorate, serving in churches in California, New Mexico, Washington, and Louisiana. In 1987, he took over leadership of the Chicago Thrust to the Cities program. It was a church growth program aimed at growing the church in the inner part of large cities.

In May of 1988, he was asked to lead the Florida Space Coast District (now part of the Florida district). He led the district through 1994, when he was voted to become the district superintendent for the Mississippi District. He retired a year later.

In his retirement, he returned to Bakersfield and even began church planting, launching a church at a local mall.

Wayne was preceded in death by his parents, Walter and Docia Quinn, his brother, Garnett, and sisters Opal, Maxine, and Jean. Wayne is survived by his wife, Alice, children Mark, Janice, and Ron, as well as many grandchildren and great-grandchildren and nieces and nephews.