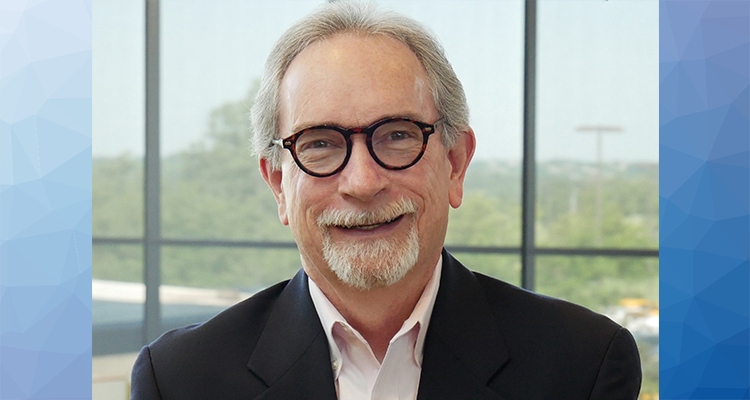 “Don Walter exemplified the Nazarene spirit of generosity, compassion, and genuine care for those who selflessly serve the Lord and His church,” said Gustavo Crocker, chair of the Board of General Superintendents. “Only heaven knows the vast number of ministers who have been helped by the ministry that our brother Don so passionately and faithfully led. The Board of General Superintendents and the entire Nazarene family grieve the loss of our colleague.”

Don served as director of Pensions and Benefits USA for the Church of the Nazarene in Lenexa, Kansas, since 1994. He first began work in the office in 1983. As director, he was responsible for overseeing a ministry that serves more than 17,000 church employees and spouses with financial support, such as retirement benefits and life and disability insurance.

“We are deeply grieving the loss of Don Walter, who was like a family member to us,” said Keith Cox, general treasurer/financial officer for the Church of the Nazarene. “Because Don was an exceptional leader who assembled and trained such a terrific staff, I am confident that all office operations will carry on smoothly in his absence.”

Known as a friend to pastors, Don was dedicated to providing active and retired ministers and church-employed laypersons with assistance to help them make the most of limited compensation dollars. During his tenure, Nazarene benefit plan assets grew from $200 million to more than $600 million.

“The Church of the Nazarene has greatly benefited from Don’s leadership,” said Geoff Kunselman, chairman of the Nazarene Board of Pensions and superintendent of the Northwestern Ohio District. “That Nazarene ministers throughout the U.S. have access to excellent services and programs at reasonable costs is directly attributable to him.

“His comprehension of detail was coupled with an uncanny ability to foresee both oncoming issues and workable solutions. These traits were built upon a foundation of impeccable integrity. At the heart of his work was the love of God, expressed in genuine concern for the well-being of Nazarene ministers and their spouses. We are going to miss our friend Don.”

Dan Busby, president of the Evangelical Council for Financial Accountability, also spoke of Don’s commitment to his work and the integrity of his character in his personal life.

“Don Walter had a rare combination of humility, wisdom, discernment, knowledge, and passion for his work,” Busby said. “His commitment to serve active and retired ministers was unequaled. Long will I fondly remember the years we traveled from Alaska to a Native American Reservation in New Mexico and from California to Massachusetts and back to help ministers understand the laws that pertain to them and to encourage them to save for their retirement. Heaven is richer today, but I have lost a good friend.”

Don represented the denomination in two major benefit organizations — the Church Alliance and the Church Benefits Association, of which he was a long-time participant. CBA members represent a variety of faith groups and manage more than $60 billion in net assets of pension and health plans.

“Through the years, Don held many leadership roles in the CBA, including chair,” said Mary Kate Wold, current chair of the CBA and CEO and president of the Church Pension Group of the Episcopal Church. “His wisdom, compassion, camaraderie, and vision were hallmarks of his leadership. He will be greatly missed by his many CBA colleagues.”

Don’s close friend, Nevin Dulabaum, a member of the CBA and president of the Church of the Brethren Pension Plan, said Don was instrumental in helping the former Church Pensions Conference organize and incorporate to become the Church Benefits Association, which resulted in the formation of useful coalitions around prescription drugs, medical insurance, and legal advocacy for church benefit plans that have saved hundreds of thousands of dollars and brought benefits to pastors and church workers nationwide.

“We can honor him by moving on with the business at hand and embracing his strong leadership qualities for the glory of God and for the good of those we serve,” Dulabaum said. “In that way, his legacy will continue.”

A graduate of MidAmerica Nazarene University, Nazarene Theological Seminary, and Webster University, Don was ordained in 1980 and served pastorates in Ohio, Pennsylvania, and West Virginia. He was an adjunct professor at MNU from 1994 to 2004, and he was honored with the doctor of divinity degree from Nazarene Bible College in 2006.

Don was also an active cross-country biker, and he regularly rode trails in the Midwest, such as Missouri’s Katy Trail, and had participated in the Register’s Annual Great Bicycle Ride Across Iowa. His exceptional work ethic, the love he shared with is family and friends, and his involvement in cycling are some of the many things people will remember about Don for years to come.

“In the Jewish religion we say, ‘Zichrono Livracha,’ which, in Hebrew means ‘Of blessed memory,’” said CBA member Mitch Smilowitz, CEO of the Joint Retirement Board for Conservative Judaism. “We also often say, ‘The memory of the righteous is a blessing.’ Knowing Don was a blessing to all of us.”

Don is survived by his wife of 40 years, Kathy, their daughters, Alyssa and Amanda, and their grandchildren, Max, Abby, and Lyla.

A Celebration of Life will be held at 2 p.m. 30 March at College Church of the Nazarene in Olathe, Kansas.

In lieu of flowers, the family suggests contributions be made to the Don Walter Ministerial Endowment for the benefit of retired pastors in care of the Church of the Nazarene Foundation, 17001 Prairie Star Parkway, Lenexa, KS 66220.

Prayer is requested for the Walter family.