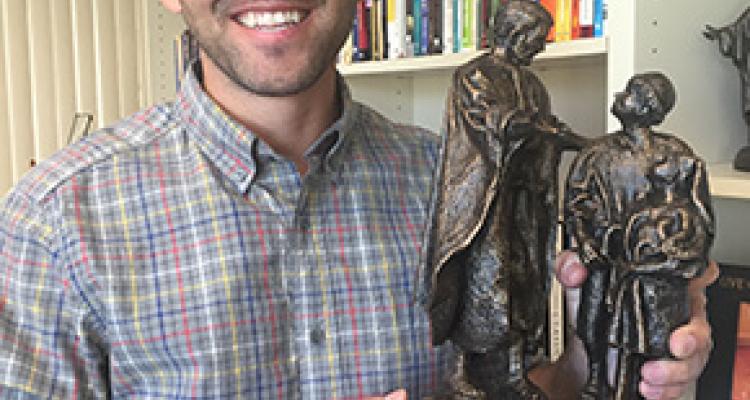 Nazarene Missions International’s first plenary session began as Global President Philip Weatherill and Global Director Lola Brickey set the stage for a time of inspiration and motivation. After worship, scriptures in various languages, and prayers for the nations, Weatherill challenged delegates to go forward “with a prayerful focus on the work at hand.”

Brickey and Weatherill gave a joint “TED Talk” style report that drew attention to four chairs on the platform. A chair from the “Glory Barn” represented the vision of early Nazarenes to support missions, while a desk chair symbolized the action of countless NMI workers through the years. A stool served as a reminder of the impact NMI has had – helping grow the church from 31,000 members and 830 churches worldwide when NMI began in 1915 to 2.47 million members and 30,574 churches today. Finally, an unusual spinning, off-kilter chair urged delegates to be united as NMI moves into a challenging-but-exciting future.

Speakers encouraged NMI leaders to “model excellence, tell the story, and keep the ‘I’ in NMI.” Going forward, the organization will simplify by focusing on five areas of impact: prayer, the World Evangelism Fund, Alabaster, engaging children and youth, and LINKS.

In an overwhelmingly positive vote, Weatherill was re-elected as global NMI president on the first ballot. Before his initial election in 2013, he was the Eurasia regional representative to the Global NMI Council from 2001 to 2009, including four years as global NMI vice president. Weatherill also served as British Isles South District NMI president for 18 years.

Philip’s interest in missions was stimulated as a young child when missionaries on home assignment stayed in the family home. He listened to their stories, read children’s reading books, and, eventually, was part of the Student Mission Corp to the Dominican Republic.

The son of a Nazarene pastor, Philip is an honors graduate in biochemistry from Dundee University (Scotland), where he was also awarded a Doctor of Philosophy for his research into drug metabolism. He lives on British Isles North District, where he is the vice president of Pharmacovigilance (Drug Safety) for an international pharmaceutical company.

“Philip brings a unique skillset to NMI, combining a passion for missions, a brilliant business mind, and an amazing sense of humor,” said Tim Evans, an NMI delegate.