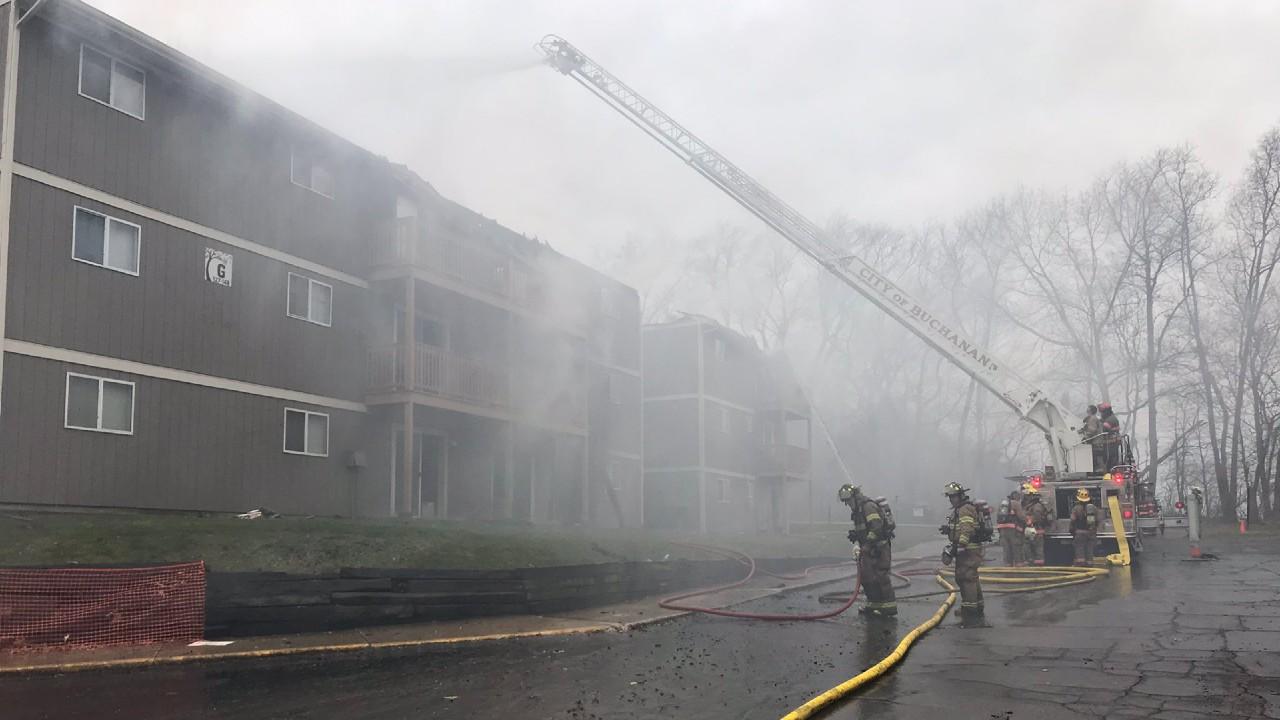 A large apartment fire broke out across the street from Buchanan, Michigan, Church of the Nazarene this week. The church sprung to action to help assist those who needed shelter, first responders, news organizations, and the local Salvation Army and Red Cross.

The fire started in the Westwinds Apartments around 11 a.m. on 15 March, which rendered a 30-unit building uninhabitable. That building and complex is separated from the church just by a small line of trees. Pastor Brendan Shea called the police department to offer the church building as a space for those who needed shelter.

“They said it would be great,” Shea said. “We were the closest building at that point, so they decided to make it their emergency center for everything. Within the hour, we had the Salvation Army, the Red Cross, and a few other organizations all on-site.”

Shea was excited to see the church used this way. Originally, his intent was simply to open the building to give the residents displaced a way to keep warm, get some food, and use their internet, but it turned into much more.

“We became the center for where people would go to figure out what was next for them,” Shea said. “They were able to get short-term housing figured out and connect with the Salvation Army and get plugged in with some of the local social services to get more of a long-term plan.

One of the church’s newer families lost their housing in the fire. Recently, their daughter had been baptized.

“[My wife] saw the mom coming out, and she had soot all over face,” Shea said. “It’s been really tragic for them, so we’ve been coming alongside them and our church has been collecting specifically for them.”

Buchanan Church of the Nazarene is continuing to help those who need shelter through the week.