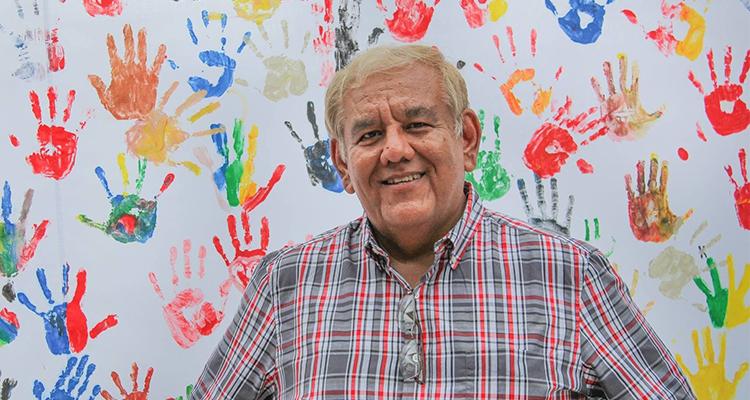 Enrique Solano Castro, 59, of Chiclayo, Peru, passed away 2 May 2021. He was the superintendent of the Alto Marañon District.

He was originally from the city of Tumán in Chiclayo, Northern Peru. However, from a very young age, he lived in the city of Jaén in northeastern Peru, where he was the leader of the Church of the Nazarene. There, he formed a beautiful family with Sonia Rioja, with whom he had three children.

In December 2019, General Superintendent Gustavo Crocker appointed him superintendent of the Alto Marañón District, a position he assumed with great love and passion. In this role, he trained pastors as well as local, zonal, and district leaders, leaving a legacy of service and worship to God that will last forever.

“Kiké,” as he was known affectionately, founded the Iglesia del Nazareno de Pueblo Libre-Jaén and pastored it for many years. He was passionate about compassionate ministries, establishing many Child Development Centers in the districts of Peru. He was known for his characteristic smile, a smile with which his friends, family, and beloved church remember him today.

“Enrique Solano was a faithful reflection of a servant leader shaped after the person of Jesus,” said General Superintendent Gustavo Crocker. “He believed and promoted the model of Jesus who presented the whole gospel to the whole person. A pastor who planted three churches, Enrique was also the national coordinator of Nazarene Compassionate Ministries for over eight years. I had the privilege to appoint him as a DS last year, a moment in which he asked for the privilege to do so while still serving the neediest children of his country. Heaven is rejoicing with the arrival of a good, faithful servant. Our sympathy goes to his wife, Sonia, and his three young children, Daniel, Jofer, and Keren.”