Share Article
by
Board of General Superintendents
| 14 Aug 2020
Image 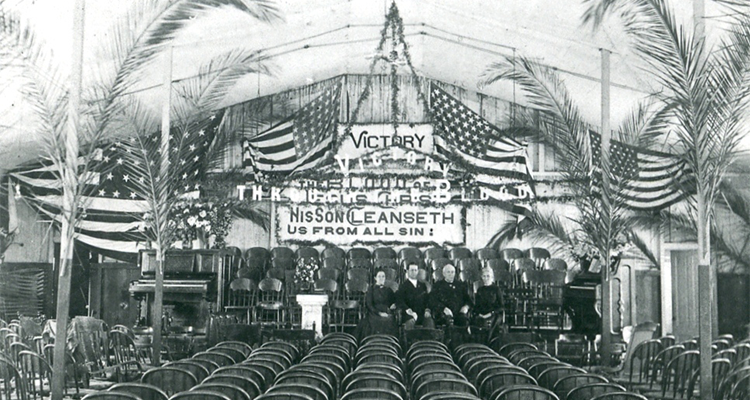 The Glory Barn is the original Church of the Nazarene in Los Angeles, California

Wilderness seasons like COVID-19 are opportunities for reviewing our core identity as a church – our denominational DNA, as it were. Getting back to basics helps refocus our missional purpose. One of my favorite stories of the early Nazarenes is how we came up with the name “Church of the Nazarene.” After an all-night session of prayer by both lay and clergy, founding leaders came together to discuss what they would call this new expression of a holiness-minded church. A layperson suggested the name “Church of the Nazarene.” It was an interesting choice. The name would be a symbolic witness that the fledgling church would identify with the aspect of Jesus’s ministry devoted to those who were underserved and who had been pushed to the margins.

Jesus was born in a small town called Bethlehem. However, He was raised in an even more obscure village named Nazareth. An angel of the Lord had warned Joseph in a dream that Jesus’ young life was in danger. Where is the one place he could hide Jesus that no one would expect a messiah to be from? Nazareth. It was an out of the way place for those wanting to escape notice. Even more, it had a reputation as a place that no one wanted to be from. There was a common saying, “Can anything good come from Nazareth?” (See John 1:46). It was a hard-working, blue-collar village primarily made up of impoverished, undereducated, and forgotten people. The powerful and affluent people lived in the south of Palestine — Jerusalem was the political and spiritual center of Israel. Yet, Jesus spent the majority of His ministry in the northern region of Galilee, serving those cast aside or forgotten — Nazareth people.

It was to “Nazareth people” that those early Nazarenes turned their attention. In practice, they became their mission, expressed in the name “Church of the Nazarene.” It was not that they did not want to include the rich, the famous, and the powerful; it was just that most churches already had that group covered. After all, who does not want to associate with people who have it all together? Yet our founders made a strategic missional choice: We will go where no one else wants to go and serve those in places where no one wants to be from. We will take up the towel and basin and wash the feet of those on the margins in Jesus’s name. No wonder missions, compassion, and education are so important to our mission. It is in our DNA—it is who we are.

When Jesus said, “I will build my church and the gates of hell shall not prevail against it” (Matt. 16:18), He was not saying that hell’s forces will not be able to destroy the church. Why is this true? Because gates are not weapons — gates are for protection. Rather, Jesus was proclaiming that hell will not be able to withstand the forward advance of the church as we storm the gates of hell and fulfill the mission of the church. From our beginnings, the “gates of hell” that we attack are Nazareth places where Nazareth people await “good news to the poor, freedom for the prisoners, recovery of sight to the blind, setting the oppressed free, and proclaiming the Lord’s favor” (Luke 4:18-19). When we get back to those basics, our basics, the Spirit of the Lord will be upon us and the gates of hell will not prevail against us.

The starkness of COVID-19 can be a divine gift to get back to basics and to remind us that serving Nazareth people is in our roots. Not even a global pandemic can prevent a God-ordained, Jesus-commissioned, Holy Spirit-empowered mission like that.