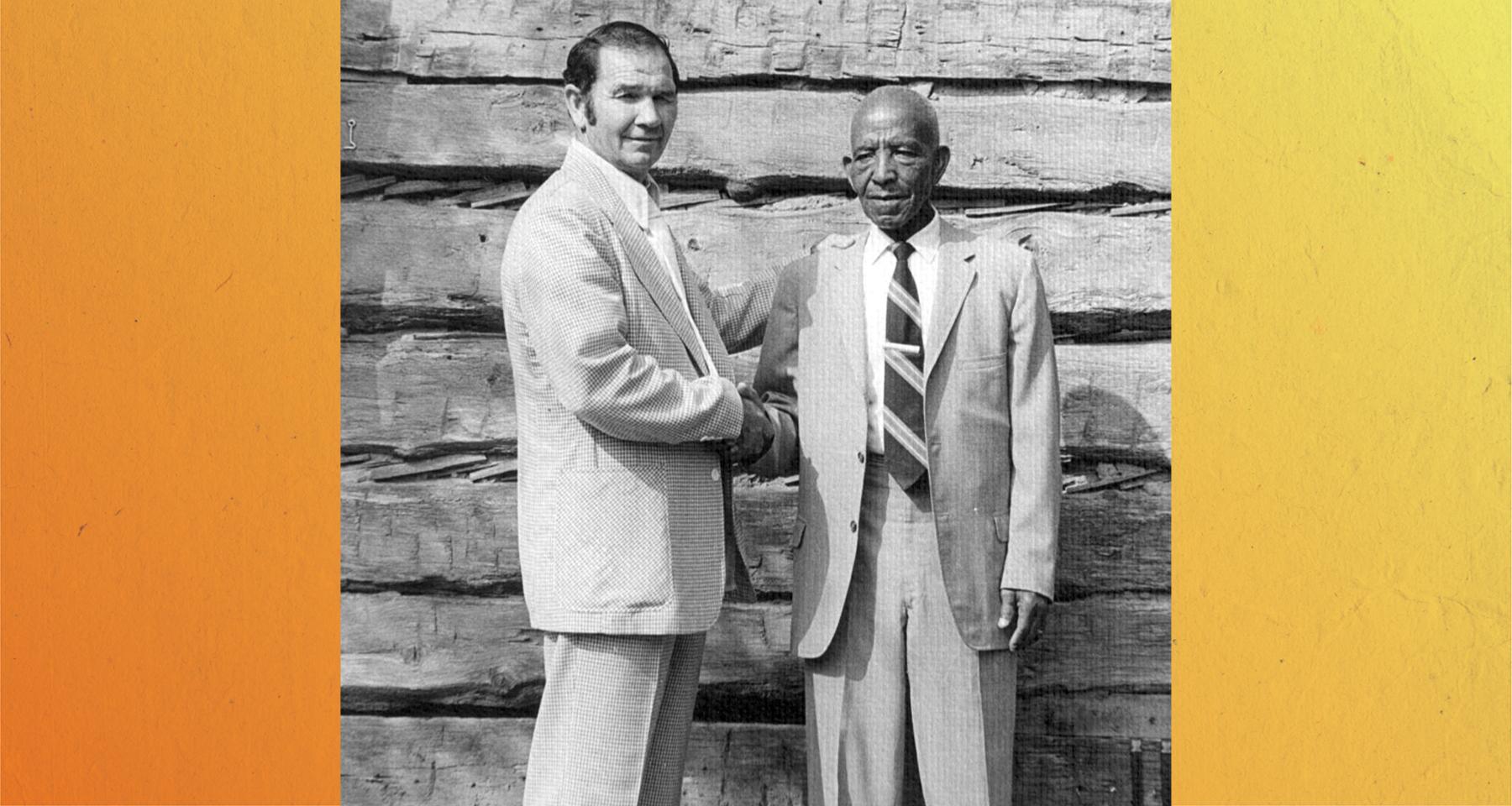 Friendly Chapel Church of the Nazarene has been a beacon of hope for racial reconciliation in the Deep South since its inception. The work of Paul Holderfield Sr., the church’s founder, continues to live on through the North Little Rock church as it provides a refuge for anyone in need, regardless of race.

Holderfield planted the church in one of the worst crime areas in Arkansas. He liked to describe the church’s early days by saying, “We came into the neighborhood when they did not want us and stayed until they could not do without us.”

Now led by his son, Paul Holderfield Jr., Friendly Chapel has served the community since 1972 through the F.L.A.M.E. philosophy (Feeding and Loving All Men Equally).

During the winter, the church serves hot meals to more than 80 people each weekday, and in the summer they provide 250-300 sack lunches daily, five days a week. Proceeds from the church’s thrift shop fund a scholarship program as well as the church’s annual back to school shopping spree for low-income students. The church rents houses to retirees and widows and provides transitional living spaces for families trying to get back on their feet, all for nominal monthly fees.

The church traces its origins back to a crisis moment in Paul Sr.’s life. In 1957, Little Rock was the center of the Civil Rights movement in America. At the time, Paul Sr. was a firefighter at a station just down the street from Little Rock Central High School, the first school in the Deep South to become racially integrated. Tensions were high, and the governor called in the National Guard to block Black students from entering the high school.

Paul Sr. would have considered himself a bigot at that time, and he and his fellow firemen stood outside their fire station hurling slurs and insults at those who walked by. One day, a Black man who helped Paul Sr.’s family walked by. Paul Sr. tried to duck out of sight, but Jimmy Lipkin recognized him and extended his hand for a handshake. To appease his fellow firemen, Paul Sr. stuck his hand in his back pocket. The look on Lipkin’s face made Paul Sr.’s insides turn. That night he called his wife to tell her how horrible he felt about what he had done.

“He told her he’d refused to shake a man’s hand because of the color of his skin,” Paul Jr. said. “He wept and said he’d never do it again, no matter what anyone said.”

“One Black child walked in and half the church left,” Paul Jr. said. “They grumbled about having someone in there who was Black, saying ‘What’s this church coming to?’”

After several similar instances of discrimination, including a board meeting where leadership decided against helping a predominantly Black community, Paul Sr. felt led to start his own church in the heart of North Little Rock in 1970. The congregation began meeting at the Boys and Girls Club where Paul Sr. boxed. They later became affiliated with the Nazarene church and were officially recognized by the Church of the Nazarene in 1972.

Since then, Friendly Chapel has continued to love on the neglected community despite the risks.

“Daddy said, ‘I’d rather get killed out here doing something for God,’” Paul Jr. said.

Many years later, Paul Sr. gave his testimony at a local church. After the service, a group of women asked Paul Sr. about the man whose hand he refused to shake. Paul Sr. had never seen Lipkin again and assumed he was dead. The women knew Lipkin and helped the men reconcile. They cried together, celebrating the marked transformation Paul Sr. experienced and his work in a community he used to curse.

In reflecting on Friendly Chapel’s current state, Paul Jr. said the church’s make up hasn’t mattered to them as much as what they were there to do in the community.

“We just keep on loving people like we’ve been doing for the last 51 years,” Paul Jr. said. “We’re still doing the same things that we did from the very start. That’s loving people where they are, caring about them, and trying to be a little help to folks.”

This spring, a movie about Paul Holderfield Sr.'s life will be released. To view the trailer for Paul’s Promise, click here.