A graduate of Bethany Nazarene College (now Southern Nazarene University), Dr. Johnson received a Bachelor of Arts and a Master of Arts degree in religion. Ordained in 1958 on the Southwest Oklahoma District, he served as an evangelist from 1958 to 1961. He pastored in Elk City, Oklahoma, from 1961 to 1964. From 1964 to 1975 he was the founding pastor of Oklahoma City Western Oaks Church of the Nazarene.

W. Talmadge Johnson was a member of the General Board (1972–1976 and 1980–1994). During those years he served as general president of Nazarene Youth International (1972–1976) and as chairman of the World Mission Committee (1986–1994). Trevecca Nazarene University honored him with their Doctor of Divinity degree in 1983. Additionally, his alma mater, Southern Nazarene University, conferred upon him an honorary Doctor of Divinity degree in 2000. With Dr. Stan Toler, Dr. Johnson co-authored Rediscovering the Sunday School.

Mrs. Genell Johnson, a talented and capable partner in ministry, passed away suddenly in November 2021.

Dr. Johnson still speaks on occasion for special services, including revivals, camp meetings, and district events. His home is in Nashville, Tennessee. Their two sons, Michael and Jeffrey, along with their families, serve the Church of the Nazarene. Michael Johnson works as Public Liason: Office of the President at Trevecca Nazarene University. Jeffrey Johnson is superintendent for the South Texas District. 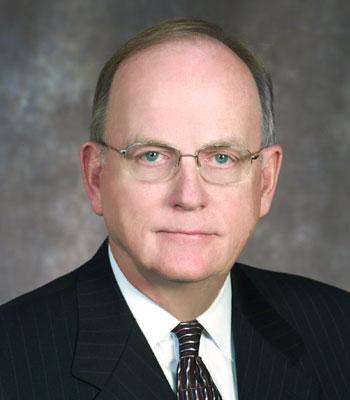