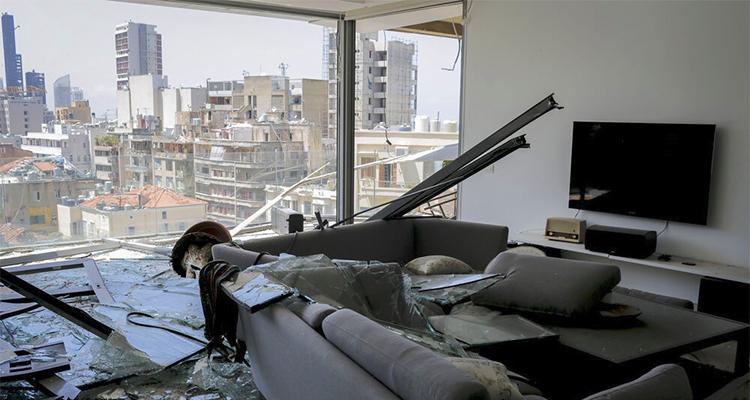 After a massive explosion devastated Beirut, Lebanon, in August, many residents needed emotional, psychological, and spiritual support in addition to food, clothing, and shelter. To address those needs, the Beirut Church of the Nazarene opened the Balassan Counseling and Medical Center.

Located in an apartment five minutes from the church, Balassan is funded through grants from donors from Germany and the United States. The center charges less than 1 USD per client.

“Parents were coming to us with traumatized children, and also many adults are under tremendous stress and having problems coping after the catastrophe,” said Pastor Andrew Salameh, who also serves as the Lebanon district superintendent.

Balassan’s staff includes two missionary volunteers—a nurse and a physiotherapist—alongside a paid staff who include a psychiatrist, general physician, speech therapist, and a professional trained to work with people who have special needs. All are licensed to practice their profession in Lebanon.

The explosion worsened Lebanon’s economic and political crisis, which has been exacerbated by the COVID-19 pandemic, adding to the already widespread unemployment. As a result, Salameh said it is not affordable to go to a psychiatrist.

“Many people will not go a psychiatrist but will come to a church center,” he continued.

“Most of our patients are poor and cannot afford the medical needs they have,” she said. “We saw approximately 300 patients the last two months, and 3/4 of them are first-hand traumatized through the blast.”

Counseling and mental health support are less common in Lebanon and other Middle Eastern countries than across the West. Salameh believes the Nazarene church may be the first church in Lebanon to offer professional counseling as a ministry.

Since opening, the center has treated 292 people, reaching 134 of those in the last three weeks of November.

“We offer medical help, laboratory examinations, and medicine through a general doctor twice per week; a psychologist twice per week and a psychiatrist occasionally; a physiotherapist comes twice per week, and a speech therapist [began in] January 2021,” Annika said.

Those who receive counseling usually require six to eight sessions, followed by further sessions as needed once or twice per month. Counseling is offered to both individuals and families at the center, and group counseling sessions are offered at the church. Many who come for help do not have a Christian background.

“This gives us the opportunity to share the gospel, relate to them, build relationships through visits, and offer small groups for Bible studies and prayer,” Annika said. “Some of them are coming to the clinic just to receive prayer or searching for a person to listen to them. Every week, we see new people attending our church services.”