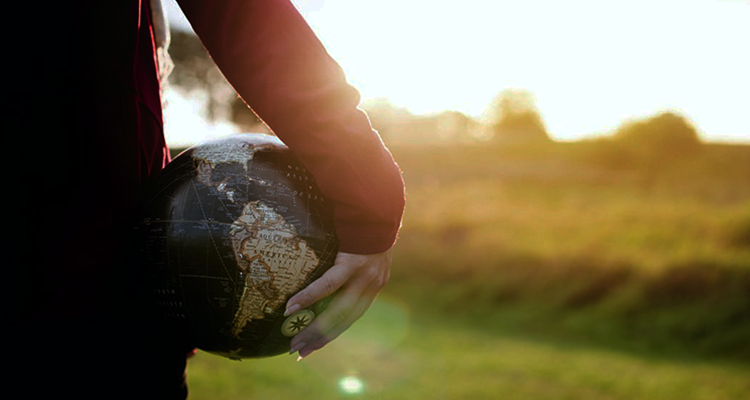 The Global Missions personnel team has protocols for a variety of emergency scenarios that its missionaries might face. But like many other businesses and organizations, there was not one for a global pandemic.

“It’s very unique because usually there are spots around the world that we avoid, but this was something you couldn’t avoid,” said Marty Hoskins, personnel director for Global Missions. “Our response was pretty quick in developing protocols because of the experience that we have in dealing with crises.”

Because Global Missions already communicates regularly with employees around the world, remote work is routine to some extent. But the team significantly increased its regular communication through already available technology such as Zoom and WhatsApp.

The GM personnel team gathered information including each missionary’s age and health status, what the local health care available to them looked like, their country’s political stability, and other factors pertinent to their health and safety. The team evaluated decisions for each missionary on a case-by-case basis rather than approaching the pandemic with a one-size-fits-all strategy.

“In some places, missionaries had the freedom to get out and go to the store,” Hoskins said. “But we had some missionaries who literally could not leave their homes for five weeks. It was very challenging to the point where food was a challenge. We were experiencing it very differently, even though we were all impacted by it.”

A few families were repatriated to their home countries, but most decided to stay where they were.

About 50 missionaries were stranded outside of their assignment location when international borders closed suddenly and flights were cancelled. The personnel team worked with these missionaries as they searched for temporary housing, rescheduled speaking engagements at churches, and then settled in to wait out the pandemic lockdowns.

Almost two dozen missionaries are known to have contracted COVID-19. Thankfully, only one was hospitalized, and all have since recovered.

Hoskins said he has seen God at work in multiple situations. A Work & Witness team that was stuck in Peru found repatriation flights and was able to return to the United States. Several missionaries were relocated safely from unstable local situations. One missionary was relocated for health reasons but was able to return to assignment in spite of closed borders and suspended flights. Stranded missionaries found housing and have been cared for while waiting for flights back to their assignments.

Dozens of missionaries are normally on home assignment at any given time throughout the year, raising funds for their ministries and some of their basic living expenses for the next year or two. With churches suspending in-person gatherings and missionaries locked down and postponing their speaking engagements, raising funds has been a challenge for some.

“We’ve been very pleased that churches have been willing to do online, virtual interviews or sermons. Our missionaries have been sending videos,” he said. “We all took immediate measures here at the GMC, as well as around the world, with discretionary spending. By not traveling, that helps.

“We’re grateful for the continued prayers and sacrificial giving of Nazarenes from around the world.  We’re also praying that God will continue to provide those needed resources in order to maintain our missionary efforts as a church.”