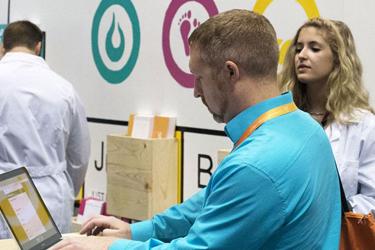 How do I serve as a District NYI President?

The responsibilities of the District NYI President include:

As the District NYI President, you are to be an encouragement and a resource for other youth workers on your district. A primary facet of your role involves connecting with local youth leaders and facilitating their connections with one another. Working together with the other district NYI officers and the district NYI council, you will help plan and execute district-wide youth events and training events for youth leaders.

How do I connect with local youth leaders on my district?

Where geography or finances may hinder a face-to-face connection, be sure to reach out to local youth leaders through digital means, such as email, phone, Skype, or Facebook. Keep them informed of district events and activities.

It is good practice to keep a running list of local youth leaders’ contact information. Update it regularly or when you hear of a change in NYI leadership in a local church.

How do I connect with the global church?

Global NYI offers many exciting events where you can get connected with youth and youth leaders from around the world.

Most regions also host their own events and activities to connect youth and youth leaders from around the various countries represented on their region. To connect with your regional NYI, please visit their websites.

How do I plan a District NYI Convention?

To ensure a positive response at your District NYI Convention, come alongside your district leadership team in dreaming of ways to be creative and fun. You may have a special activity or service in conjunction with your business session. Look for opportunities to enhance the convention with special music, drama, or a dynamic speaker. Consider taking the chance to recognize leaders and friends of NYI at your convention; you may even want to present a Timothy Award to a deserving youth ministry leader. Be sure to do plenty of advertising and publicity in the months and weeks leading up to the convention. Work together with your District Superintendent and district office to promote this event to churches across the district. Do whatever is necessary to encourage as many students as possible to be involved with your annual district NYI convention.

Following the district NYI convention, complete any necessary post-convention paperwork and reporting. Send a letter to the new council members and include meeting dates and events calendar. Review the minutes from the recording secretary and file them with the district office. Register general delegates to the Global NYI Convention with Global NYI (in applicable years).

How do I organize a district leadership team?

For more information on forming a district leadership team or electing a district NYI council, please see the District Ministry Plan Template in sections 810:200-219 of the Church of the Nazarene Manual (2013-2017).

How do I help my district elect a district NYI president?

District NYI officers must be members of a local Nazarene church in their district, be active in local and district youth ministry, and be viewed as leaders in personal example and ministry.

District NYI officers are elected by the District NYI Convention for a one-year term (or a two-year term as recommended by the district NYI nominating committee with the approval of the district superintendent). Incumbent officers may be reelected to a new term by a “yes” or “no” vote with a two-thirds majority.

How do I help my district elect Global NYI Convention delegates?

Every four years, the Global NYI Convention is held in conjunction with the Church of the Nazarene General Assembly. Each district may elect and send delegates to the Global NYI Convention. Delegates must be members of the Church of the Nazarene and Nazarene Youth International and be above the age of 12. Each delegate must also be a member of and reside on the district he/she represents at the time of the convention.

Organized districts with 1,750 or fewer NYI members may send the following delegates:

For more information on electing district delegates for the Global NYI Convention, please see section 810:417 of the Church of the Nazarene Manual (2013-2017).

Have we missed anything? Do you have additional questions?