Dr. Gunter was called to preach at 12 years of age. Upon answering her call to ministry at age 14, her pastor asked her to speak in the next church service. Later, as an ordained elder in the Church of the Nazarene, she was co-pastor with her husband for churches in the states of Tennessee, Missouri, and South Carolina.

For 15 years she served the South Carolina District as Nazarene Missions International (NMI) district president. Beginning in 1976 she was also NMI council representative for the Southeast Region, from which office she was elected as global director in 1986. During her 20-year tenure as director, she initiated many missions programs, and annual missions giving increased from $30 million to $62 million, with a total of one billion dollars given to missions.

Nina Gunter earned a bachelor’s degree from Trevecca Nazarene University (TNU) and a master’s from the University of South Carolina in Columbia. She was honored by her alma mater, TNU, with an honorary Doctor of Divinity degree, the first woman to receive this recognition from the school.

Dr. Nina was elected “Ministerial Alumnus of the Year” in 1990 by Trevecca Nazarene University alumni. In 2005, she was named the T. W. Willingham “Preacher of the Year” by Nazarene Bible College. In 2006, Olivet Nazarene University accorded her the Maggie Sloan Crawford Award for her visionary leadership and example. Trevecca Nazarene University established the Nina Griggs Gunter Servant-Leader Award and Scholarship in order to recognize and support honorable leadership accomplishments and qualities in women. The inaugural award was presented to Dr. Gunter in 2009. Also in 2009, the governor of the state of South Carolina bestowed upon Dr. Gunter the Order of the Silver Crescent. This recognition is the state’s highest civilian honor awarded for significant contributions, leadership, and lifelong influence.

Dr. Gunter has written The Traveler’s Psalm, Our Defining Moment, Christian Perfection, The Cross—Seize It! Share It!, and Holy Leadership in a Hectic World. She was named a contributing editor to the Leadership Journal magazine published by Christianity Today International.

She is married to Dr. D. Moody Gunter. They have two married sons, Dwight and Dwayne, and four grandchildren, all of whom serve the Lord in the Church of the Nazarene. 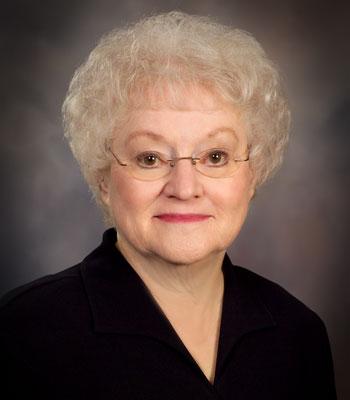