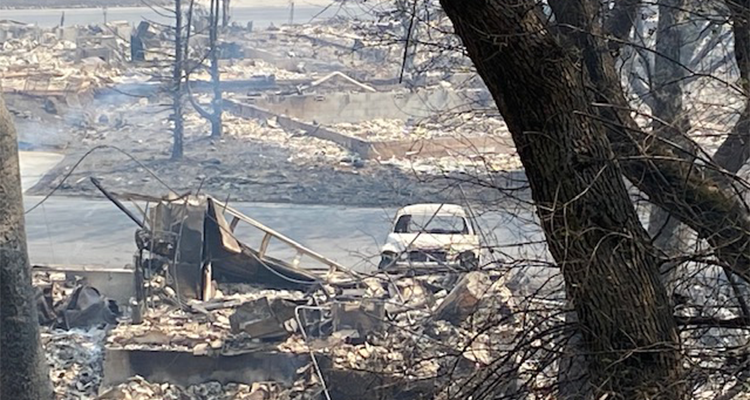 The numerous fires are exacerbated by unusually hot, dry winds, which create firestorms that spread embers across whole neighborhoods and communities. Extreme weather conditions and fluctuations have helped create fuel for the fires, and extreme heat and drought make ideal conditions for large wildfires. Smoke from the fires is stretching across North America, and conditions are hazy into much of the western United States.

In Oregon, the Church of the Nazarene is responding on a local and district level. At least three Nazarene churches have opened space to shelter evacuees and are working with their cities to organize people. As the evacuations happen hour by hour, outdoor space will be available for those who need somewhere to go.

So far, the fires in California have not impacted any churches. The Bear Fire is burning close to Paradise, where the Church of the Nazarene has had an ongoing ministry based out of nearby Oroville in response to the devastating 2018 Camp Fire. While many people in Oroville have been evacuated, so far, their homes are not in danger. Nazarene Compassionate Ministries is working with outside partners to mobilize supplies to all the impacted areas as they are needed.

Churches and individuals can provide support for Nazarene disaster response through the Emergency Relief Fund. Donations will be used for immediate needs, such as water and food, as well as long-term recovery and rebuilding efforts for emergencies around the world, including this one.

For any other country, give through your local church or district, designating your gift to Global Emergency Relief.