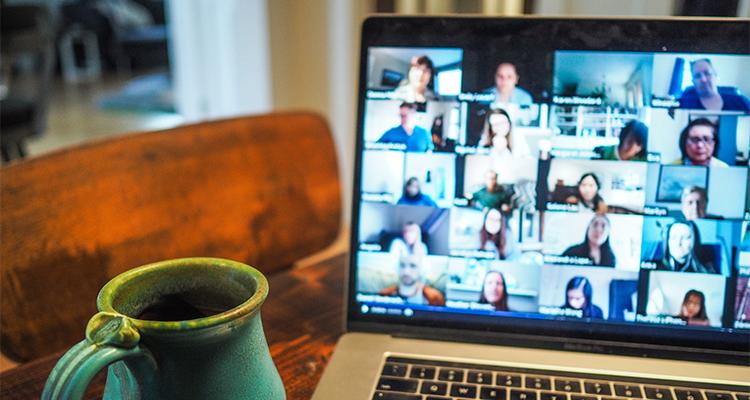 Work & Witness trips were one of the many things disrupted by the pandemic over the last year, but virtual trips are allowing more people to participate.

“The point of short-term missions is to encourage our brothers and sisters locally by connecting with them and learning how they minister and to mutually grow from each other,” said Stephen Sickel, global Work & Witness coordinator. “Since we have not been able to be physically present, we have been able to connect and encourage each other virtually as people around the world are becoming more comfortable using technology.”

Kevin and Jeni Campbell-White, a missionary couple who serves in Thailand, were in the middle of developing a project with Nampa First Church of the Nazarene in Idaho when the pandemic put plans for missions trip on hold.

The Campbell-Whites decided to develop a curriculum for churches to join virtual missions trip and asked Nampa First if they’d like to take part, which they accepted. The curriculum contains six lessons that cover prayer, witnessing, service, giving, and being called to go.

Nampa First joined with Nampa College Church for the virtual missions trip, offering it both via Zoom and in person, over six weeks. Within the lessons were multiple cross-cultural experiences facilitated through Zoom such as sharing food by exchanging recipes and attempting to cook traditional meals. In addition, the Nampa First congregation still sent their project funds and was able to connect with the Thai church to see how the money was used.

According to Nampa First’s missions president, Sharon Mowry, this opened up the door for people who may have never been able to go on a missions trip to still participate.

“Either because of age, money, or job realities, they would never have been able to do this,” Mowry said. “They just felt so connected by the end. Kevin and Jeni are so creative, which really helped this all happen, and I think we were very willing participants. So, it just worked really well.”

“There is a lot of potential to include people in the church that have fears of travel or cannot get on a plane but are curious to learn about people who worship the same God under the same Nazarene banner,” Sickel added.

Mowry said for many participants, it was also a wake-up call that they can be missionaries in their own community.

“You can use that right here in Nampa,” Mowry said. “That was a big thought to some people, that maybe the lady in the grocery store hasn’t heard about Jesus. It was kind of a wake-up call that we are missionaries wherever we go.”

While not all missions trips will be fully virtual moving forward, the Campbell-Whites hope churches will continue to implement some elements of the virtual missions trips.

“This allows churches to have at least two weeks where they’ll actually meet with us and meet with some of the local church people so when they arrive, they’ll recognize people and they will have already been working on our team and sharing the gospel and already have some of those pieces under their belt,” Jeni said.

In addition, it allows those in the churches who are partnering financially but not physically to participate.

“If a church sends a team of 15, those aren’t the only ones now that are a part of this trip,” Jeni said. “The whole church could be involved because when the team is physically on-site with us, we’ll still do all the virtual pieces with their church so that their church is participating with them. It gives the whole church a connection to this project.”

To find out how you can get involved, email nazww@nazarene.org.