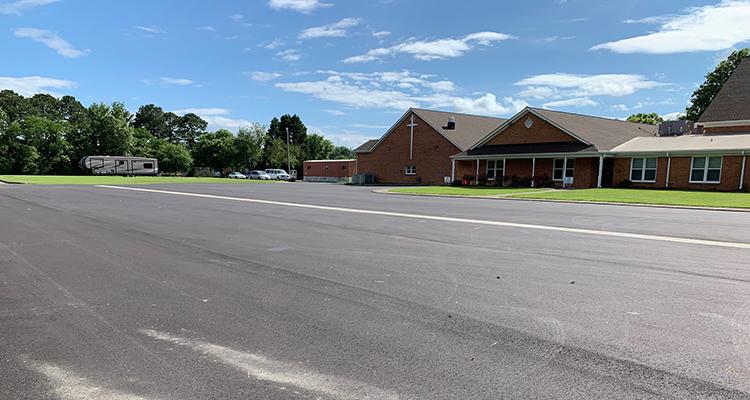 As states began implementing guidelines during the COVID-19 pandemic, members of an Alcoholics Anonymous group at Virginia Beach First Church of the Nazarene found themselves in a predicament.

The group was unable to meet at the church because the space was too small to observe social distancing protocols, but liquor stores were still open as essential businesses. AA leaders began to report that group members were falling back into drinking again without the support of AA groups.

The AA leader asked Virginia Beach First Pastor Marlon King if they could meet in the church parking lot so they had enough space to observe social distance protocols while also giving each other the support they so desperately needed. So King opened up the parking lot to the group.

“They would come in seven days a week,” King said. “This group would rush to hear one another out and see what was going on.”

The group varied from 6 people to 30 people as they met in the church parking lot every night for two months. Recent reopening phases have allowed them to meet occasionally indoors, but King says the same group still meets in the parking lot every night as they talk through one another’s struggles and provide support for each other.

The group wanted to express their gratitude to the church, so they took up a small offering. The church added the money to its COVID-19 relief fund in order to help people in the community who needed food and other supplies.

A woman from the AA group who was not affiliated with Virginia Beach First decided to give the church two checks labeled “Tithe.” One check for well over one thousand dollars came with a letter: “I cannot describe how much of a blessing your church has been. When nobody else would facilitate us, you were willing to do whatever it took to ensure we have the support we need.”

Multiple people from the AA group have begun attending the church in recent weeks, including one person who even played a musical special on the violin during a service. King says he hopes to begin a Celebrate Recovery group at the church to help bring a focus on Christ to the group.

Ultimately, King hopes people realize they can have an impact on others outside of the church setting.

“The words you say, the attitude you take, the willingness to take what they give as far as connection…” King said. “In AA, they’re very reserved about what they share and whom they share with, but when they do [share], you’re able to see how much actual impact you’ve made on their lives by virtue of sharing the Christ in you.”