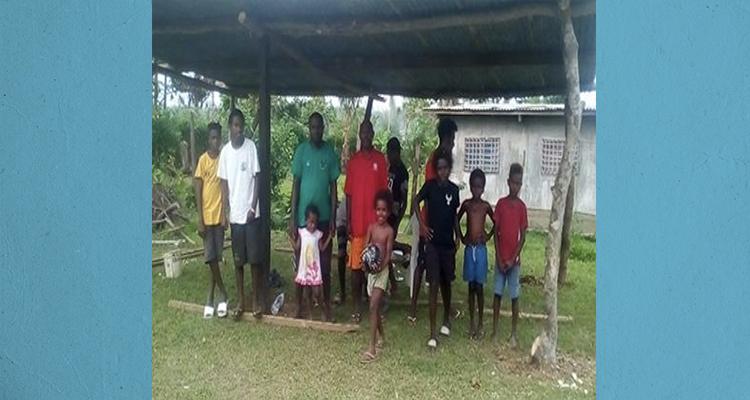 The Vanuatu District recently sent its first team to the northern island of Espiritu Santo to begin establishing the Church of the Nazarene’s presence there.

The team participated in a commissioning service in mid-May. During the service, a pastor testified that she had been praying for many years that God would help bring the message of holiness to her family on Santo.

“God has answered my prayers,” she said.

When the team arrived at the first village, they began earning the residents’ trust by distributing fish, clothes, plates, cups, and spoons. They also passed out Bibles and books for the children. The village chief accepted their gifts, giving his blessing for the team to evangelize around the village.

“This has been our prayers for a long time, to bring the Church of the Nazarene to the northern islands, and God is answering our prayer,” *Peter said.

A new believer offered his property as a location for a church shelter. Later on, a second man asked the team to build the shelter in the center of the village. The team was happy to change locations and built the structure with the help of several men from the village.

Two other teams were also commissioned at the service as part of the district’s project to reach new areas. The second team will travel to two other northern islands, Malekula and Ambrym, and the third team will follow.