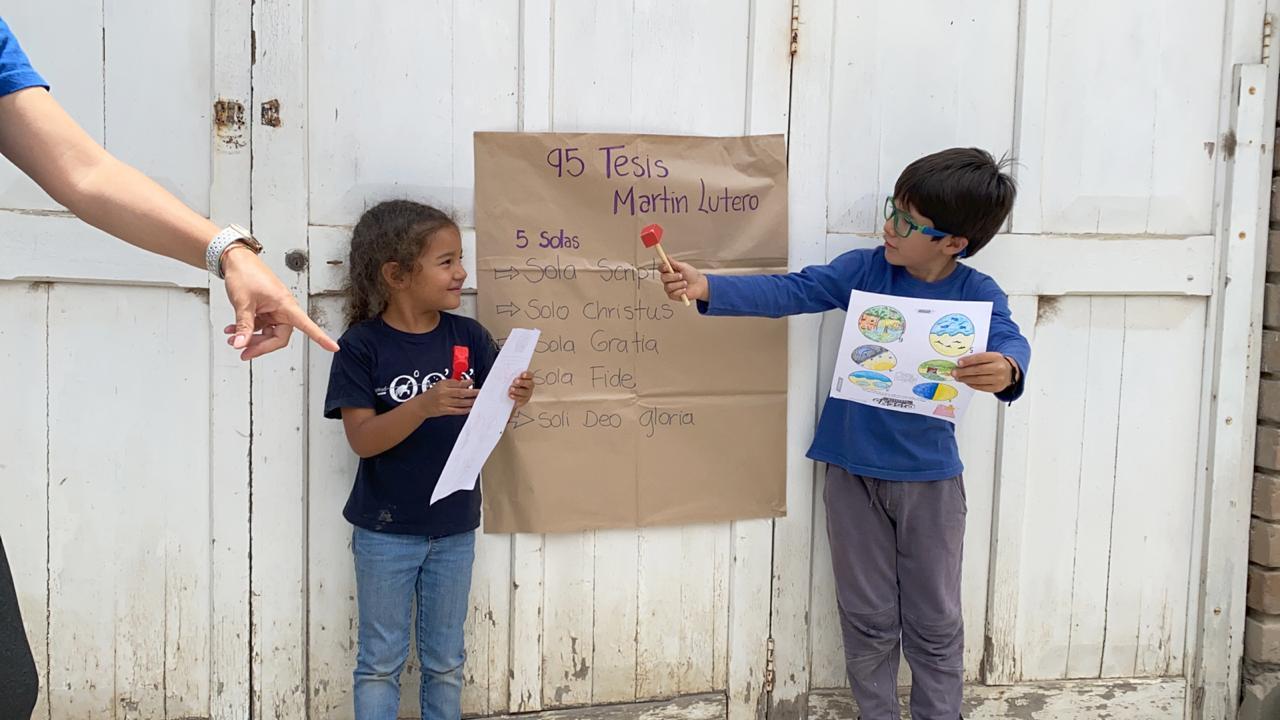 The tradition has now spread to Ecuador, Colombia, Venezuela, Peru, and Argentina. The activity consisted of the children learning about the events of 31 October 1517 when Martin Luther presented his 95 Theses in the Cathedral of Wittenberg, Germany. The act resulted in a great revolution in Europe, giving all people access to the Scriptures, which were previously exclusive to the clergy.

The children were also able to learn about the theology that culminated in the reform, which is summarized in the 5 solas: sola gratia (by grace alone; Ephesians 2:8), sola fida (by faith alone; Romans 3:28 and Ephesians 2:9), solus Christus (by Christ alone; Acts 4:12), soli deo glory (glory to God alone; 1 Peter 2:9), and sola scriptura (by Scripture alone; 2 Timothy 3:16-17).

After learning about the story and the Word of God, the children went from house to house, explaining what they learned and displaying the 5 solas at the doors like Martins and Martinas. Due to the pandemic, some families participated by including the theme in their devotional time and posting the 5 solas on their doors.

The South America Region has 37 missionary children in the countries of Venezuela, Colombia, Ecuador, Peru, Argentina, Paraguay, and Brazil.