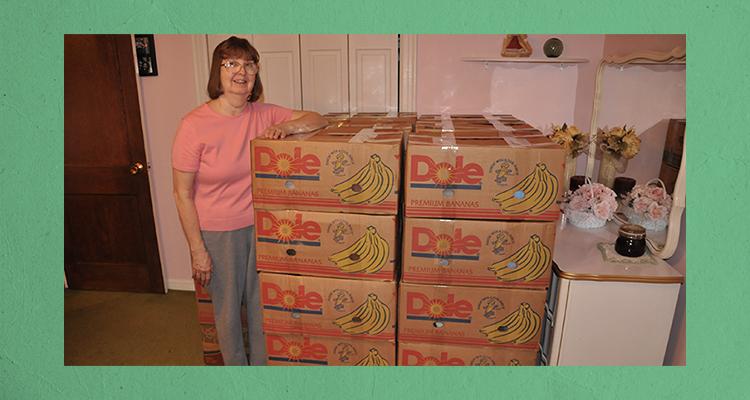 In Bethany, Oklahoma, a woman is using the tug on her heart to make an impact in times of need as the Church of the Nazarene responds to disasters worldwide.

Nola Swinhart of Bethany First Church of the Nazarene has been packing crisis care kits since 2000, and her numbers have increased every year.

“In 2000, our district assembly had requested that people bring crisis care kits,” Swinhart said. “So that year, I made two kits. The next year I made four, and then I just kept going after that.”

Swinhart’s mind immediately went back to her childhood when she heard about the need. Her family’s home was hit by a tornado when she was 11, and she has vivid memories of helping victims of a 1952 tornado outbreak in Arkansas with her family. She was also affected by the 1999 Moore, Oklahoma, tornado.

“Coworkers in my department lost everything,” Swinhart said. “One girl in our department had two little girls and the next day we heard that she had lost everything. I thought, ‘Oh dear; those little girls.’ So, I went and bought a bunch of stuff for those girls. They were 6 and 7. That kind of prompted me to really realize disaster can happen anytime, anywhere, all the time.” 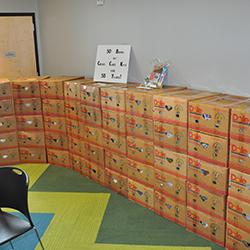 After Swinhart’s father passed in 2005, she decided to honor his 84 years of life by making 84 crisis care kits. At a conference later that year, the district used the kits as centerpieces for the tables.

In 2007, Nola and her husband, Hal Swinhart, decided to honor the lives of their three remaining parents by making 100 for each totaling 300. For their 50th anniversary, they put together 50 boxes. Now, Nola estimates she puts together 400 to 500 care kits per year.

When it first started, she would plan her route home from work based on how many different drug stores and dollar stores she could stop by. Recently, she had some friends leave supplies at her usual seat in Sunday school. She gets her hand on any bargain she can find for her supplies, including taking advantage of visiting her grandkids in Texas, where items like band-aids are non-taxable. When her grandchildren come to visit her, they know it is time to assemble the kits.

“When they’re at our house, they know they’re going to put together crisis care kits,” Swinhart said. “We just set up an assembly line and we go put them together. [During] one of the last big tornados that hit Moore a few years ago, my husband and the grandsons would go down and help in the cleanup and they helped deliver crisis care kits.”

The crisis care kit ministry is part of Nazarene Compassionate Ministries’ worldwide disaster relief strategy. The kits are prepared throughout the year and stored at one of three warehouses across the United States where they can be mobilized quickly during disasters.

The warehouses will move anywhere between 6,000 to 10,000 crisis care kits during a busy hurricane season, according to Brandon Sipes, the NCM disaster management advisor. That’s one reason why Nola and her husband are constantly packing them.

“Sometimes when something happens, they’ll ask ‘Oh, will we put some together?’,” Nola said. “[I’ll say] ‘Well yeah, but they should have already been put together so they can already be there.’”