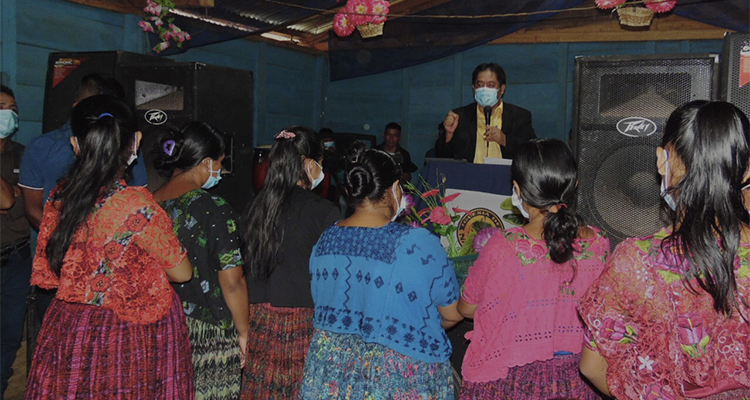 During the official organization service, the church accepted 31 people into full membership. The congregation averages roughly 50 people per service, and the “mother” church is the Agua Caliente Iglesia del Nazareno located in the city of Cahabon.

The name La Gracia (Grace) was given to the new congregation because it was established during a study of the Nazarene Discipleship emphasis Journey of Grace. During the study, the congregation participated in 36 days of fasting, prayer, preaching, and discipleship in the district.

District Superintendent Francisco Cho said that the church members and the pastor acknowledged God’s faithfulness to them, especially because the community where the new church is located is opposed to the evangelical faith. According to Cho, church members have experienced varying types of persecution, including death threats.

“God has shown His love and protection to the church, so they have seen great wonders, conversions, and healing miracles,” Cho said.

During its organization ceremony, the superintendent presented the pastor with a Church of the Nazarene flag and challenged him to preach holiness and salvation in order to be a church that takes the grace of God to the entire population.

“It was an emotional and special moment,” Cho said.

“We give glory to God for this blessing as we continue to navigate the Journey of Grace,” Cho said. “The establishment of the Gracia Church during a time of prayer, fasting, preaching, and discipleship will forever be remembered as a historical moment.”