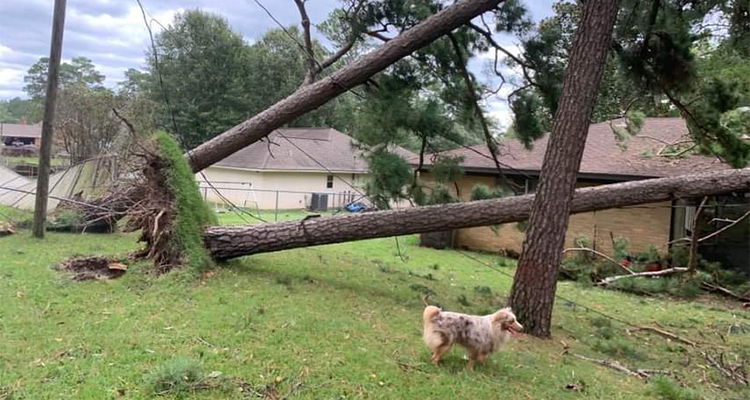 On 27 August, Hurricane Laura made landfall on the Louisiana coast as a Category 4 storm with sustained winds up to 150 mph. As of Friday morning, six people were killed.

The hurricane had already swept over Cuba, the Dominican Republic, Haiti, and Puerto Rico, killing at least 24 people and damaging thousands of homes. The storm followed closely behind tropical depression Marco, which brought heavy rain to the region just a few days prior. While flooding caused by storm surges and damage from the storm has not been as severe as anticipated, many coastal towns and cities sustained damage.

In the days leading up to the hurricane, Nazarene districts and local churches in Texas and Louisiana were preparing a response. In Lake Charles, Louisiana, the city that was hit the hardest, Lake Charles First Church of the Nazarene sustained damage to the roof. At least two church members have also lost their homes, although because most people have not returned to their homes, the full extent of the damage is still unknown.

Nazarene Disaster Response teams, who travel to disaster affected zones to assist churches, were on standby Wednesday as the storm drew closer and are ready to support pastors as they assess damage in their churches and communities. The South Texas District has also been mobilizing crisis care kits and other relief supplies in preparation, enabling churches to be ready to respond before the storm hit.

Pray for those who have lost loved one, and pray for those facing loss of homes and livelihoods. Pray for the months of recovery ahead, when developing resilience will be key. Pray for those who are most vulnerable during and after the storm, especially senior adults, individuals with disabilities, and people living in poverty. Pray for church leaders and churches responding to the needs around them. To send a prayer or note of encouragement, go to ncm.org/pray.

Churches and individuals around the world can provide support through the 2020 Storm Response. Donations will be used for immediate needs, such as water and food, as well as long-term recovery and rebuilding efforts.

For any other country, give through your local church or district, designating your gift to 2020 Storm Response.