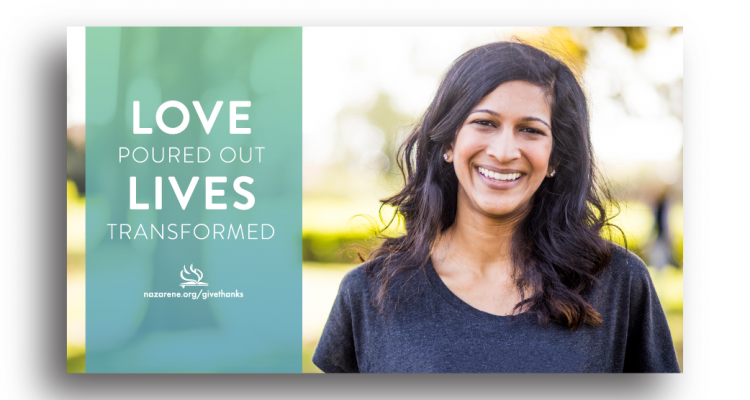 Nazarene worship services in Paris and across France proceeded as normal Sunday, two days after the 13 November terrorist attacks across the city. The congregations prayed “for the wounded, families suffering the loss of loved ones, and the solidarity of the country,” said Bruce McKellips, field strategy coordinator for the Western Mediterranean Field, of which France is a part.

No Nazarenes were hurt in the attacks.

Missionary Brian Ketchum, based just outside Paris, wrote on Facebook: “Our hearts are heavy today after the senseless acts of violence and the destruction of innocent lives in Paris. We pray for all those suffering today. In the face of this horrific event, may we remain faithful to the message of hope in Christ. It would be easier to respond and react out of fear and hatred, but the message of Christ calls us to love, to forgive, to believe that Christ desires all to come to the saving knowledge of Him as Lord and savior. We pray that our lives would be a living testimony of the message and person of Christ. May the God of peace grant us all peace.”

There are three Nazarene churches in Paris and a total of eight organized churches in France, as well as two mission starts.

The day prior, 12 November, two suicide bomb attacks killed 40 people and injured almost 200 people in Beirut, Lebanon, where the denomination has four Nazarene churches, a school which has enrolled more than 200 children, and a theological college. No Nazarenes were reported hurt in the attacks.

“It was definitely a time of panic. The schools closed the second day, and you can imagine how difficult to answer the ‘why’ questions of your kids, especially when they see the terrible images ... on TV,” said Ayman Kafrouny, pastor of the Nazarene church in Bouchrieh, Beirut. “But in the midst of all this chaos we believe that this is a golden time for the church to work. People start realising that they need a miracle and nobody can do it except God. With all their questions about where is He in all of that, the Church has to be shining in this darkness and be ready to give the answers about God’s goodness and diverse group of missionaries, local and across France, proceeded as the necessity of repentance from the church pastors, international, and local people’s side.”

In spite of the attacks, the Bouchrieh church held its fifth baptism in several months on 14 November, and seven more believers are planning to be baptized soon.

The Eurasia Region was rocked by other incidents this fall.

Terrorism is now blamed for a 31 October crash of a Russian airliner, departing Egypt, killing all 224 passengers on board.

Violence and civil war also continue to rage across Iraq and Syria, from which millions of refugees are streaming into neighboring countries and Europe.

“We are shocked about these attacks,” said Arthur Snijders, Eurasia Region director. “And our prayers go to those who have lost loved ones. Besides the tragedies of the refugees that have come to our doorstep, now we have the violence coming to our cities. We have Nazarenes in all the places we see on the news: whether it is Paris or Lebanon. We pray that the Lord will restrain these powers. But we also pray that we will live and minister in hope through Christ.”

The terrorist acts come just a week after the first meeting of a developing Eurasia Region refugee council, with representatives from many countries in the region where refugees are now present in large numbers. The diverse group of missionaries, local church pastors, international and local Nazarene Compassionate Ministry leaders, field strategy coordinators, volunteers, and many others gathered to discuss and coordinate the Church of the Nazarene’s response to the refugee crisis across the region.

The group somberly acknowledged the reality that among the hundreds of thousands who are fleeing violence and war, there will also be those with the secret intent of bringing violence to new places.

Despite the challenges, Nazarenes from the Middle East have words of encouragement as the Church engages with the refugees.

“The harvest is plentiful,” said Kafrouny, whose country is now home to more than 2 million refugees. “All we need is the support of the saints around the world to pray with us to the Lord to send or raise up workers in His fields. We need people, like the Philippian church, to think of us here and send their support for the work of the kingdom to be done because it’s far beyond our capacity.”

For a zip file with images to create PowerPoint prayer slides for Paris and Beirut to use in your congregational prayer time, click here.