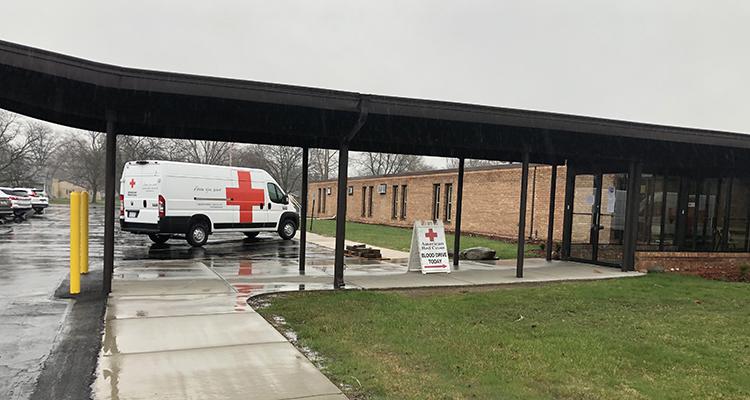 Nazarene churches are continuing to find ways to make an impact during the COVID-19 pandemic, including holding blood drives to help with blood shortages at hospitals.

Lansing First Church of the Nazarene in Michigan held its second blood drive on 1 May 2020. At both events, including the first drive on 23 April 2020, they were at full capacity and even had to turn donors away.

Dunbar Church of the Nazarene in West Virginia also stepped up to the plate to hold a drive with the American Red Cross on 30 April 2020. All of the church’s donation time slots were booked up days in advance, according to organizers. They plan on hosting another drive in eight weeks.

Jesse Briles, children’s pastor at Lansing First, had heard there was a shortage of blood donations and suggested holding a drive as a way to use the empty church facilities.

“We really just felt led to ask ‘what can we bring into our facilities that is an essential service, that can help those who are in need right now?’” Briles said.

Briles felt the church’s location near schools and a commercial area would make it a prime location for donations. After organizers had to turn donors away at the first drive, the Red Cross asked if the church would hold a second event.

The Red Cross announced a blood shortage in March, as many typical blood drive locations, such as schools and businesses, were closed.

Lansing and Dunbar are just a few of the many churches that have opened their doors as a way to make an impact in their communities. Briles said a good portion of those who have donated weren’t previously associated with their church, providing a different type of connection than a normal worship service.

People like Elaine Wagner, a donor at the Dunbar blood drive, just want to help.

"I try to give blood as often as I can because I want to help people," Wagner told WCHS Eyewitness News.