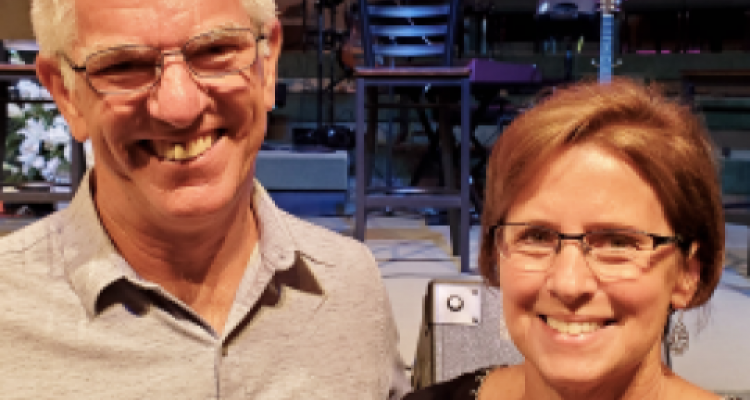 Filimao M. Chambo and Carla D. Sunberg were installed as the Church of the Nazarene's 42nd and 43rd general superintendents, respectively, Thursday night at General Assembly.

The business of the 2017 General Assembly ended earlier Thursday, with the final adjournment taking place late in the afternoon.

Chambo, director of the denomination's Africa Region, was elected to the Board of General Superintendents Monday. Sunberg, a former missionary serving as president of Nazarene Theological Seminary, was elected Tuesday.

They join current BGS members Eugénio R. Duarte, David W. Graves, David A. Busic, and Gustavo A. Crocker to make up the Board for the next quadrennium, 2017-2021. Retiring members Jerry D. Porter and J. K. Warrick participated in the Installation Service Thursday.

The service included a charge given to the new members by Busic, BGS chair. To read the charge, click here.

Later, Fili and Samantha Chambo and Carla and Chuck Sunberg knelt at a wooden altar that's been used by new general superintendents for generations. The current BGS prayed over the four, asking God to help them "lead the church in the power of Your Spirit."

The two new members were each presented with a new Bible, an engraved Manual, and a glass globe to represent a worldwide church.

The evening concluded with a special song by Kansas City District Superintendent Jeren Rowell and the benediction, which included every person in attendance stretching their hands toward the new BGS in prayer.