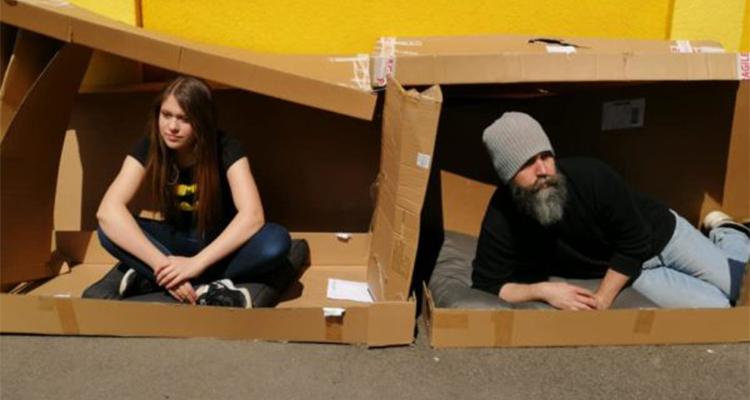 In early March, Josh and Shannon Herndon were picking up a few things at their local grocery store in Brasov, Romania. Shannon received a call from a friend informing her the country would go into strict lockdown at midnight to curb the spread of coronavirus.

“It was a sense of panic I felt in that moment,” Shannon said. “We didn’t know how long we’re going to be locked down or what the requirements were going to look like. I immediately changed my shopping to what we would need for the foreseeable future rather than the next few days. Within 24 hours, we were in a tight lockdown.”

While roughly 50 Nazarene missionaries have been displaced outside their assignments by the sudden shutdowns, hundreds more, including the Herndons, were locked down at their assignment.

In Romania, police strictly enforced the lockdown. The government allowed just five reasons for people to leave their homes, including buying food, seeking medical care, and walking pets. Violations could bring large fines and even detainment in jail.

Their children, Karis and Kaeden, initially walked down the street to the park each day, which was allowed. But soon they became tired of being stopped and questioned by the police during every outing. After a few weeks, they stopped going out at all.

The country’s airports closed for months, and the Herndons experienced tension in knowing that if there were a family emergency outside of Romania, they could not travel to help or even attend a funeral.

“That is the first time I had felt that,” said Shannon, whose family has also served as missionaries for many years in Spain and Greece. “Mission work in the modern day means you’re very mobile. You can get where you need to go. We had never been cut off like that before. It felt strange.”

Shannon said that Josh, as a profound extrovert, especially struggled with the lockdown.

“He didn’t have that outlet of other humans to be around.”

Josh and Karis devised a creative project to keep themselves occupied: A “photo of the day” to share on their social media pages. Called “The Extrovert Survival Guide,” the 52-day series involves hilarious scenes of Josh and Karis acting out their feelings about the not-so-funny experience of isolation.

In one photograph, they load a toilet paper cannon. In another, the two crouch in large cardboard boxes, illustrating the feeling of being “boxed in.” In yet another, Josh looks like he is trying to fly away with a kite while Karis holds the string.

“They just tried to make light of the situation. It was a good way to engage people and have something fun to do,” Shannon said. “It sparked lots of conversation with people globally. We’ve had a lot of people say, ‘We wish you would lock down again to do those photos,’ and Josh was like, ‘I might lose my mind.’”

This is an excerpt from a story that originally appeared in Where Worlds Meet. To read the rest of the story, click here.