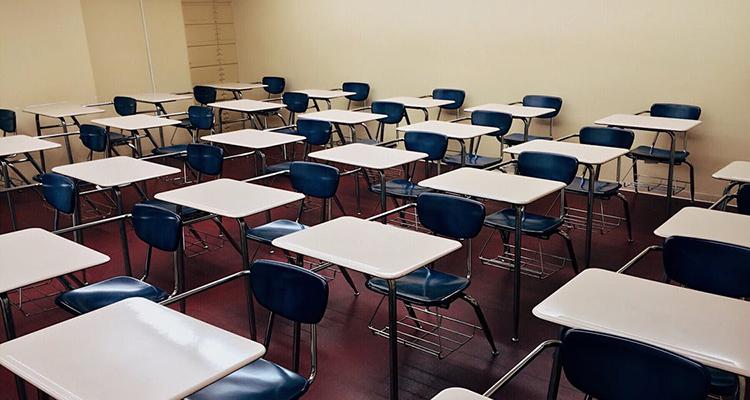 Crossroads Church of the Nazarene in Chandler, Arizona, found a missions field in its own backyard when a church member began teaching at a local elementary school.

Galveston Elementary School is located in one of the oldest neighborhoods of Chandler. It has both the highest Spanish-speaking population in the area as well as the lowest socioeconomic status. Dana Spaite, a former pastor at the Crossroads Church, had a daughter who taught at the elementary school and provided a way in for the church.

“Her daughter started sharing with her mom [that] these are needy children and they come with no shoes or holes in their shoes and, you know, things that are too tight and too small and they're wearing the same clothing every day,” said Heidi Shirly-Hawes, Mercy Project director at Crossroads.

“Sometimes they don't have lunch and they're not signed up for programs because their parents don't speak English. Because of the relationship with her daughter as a teacher there, [Spaite] was able to begin to meet with the administration and say, ‘Hey, us as a church, we'd like to help you. How can we do that?’”

That question opened the doors for Crossroads into an area of Chandler that had been severely neglected. Because of the church's involvement with the school, children began attending the church's VBS program, which in turn has brought their parents into the church.

“Once they find out that these programs are available, they come to be a part of our church because we’re loving on their kids,” Shirley-Hawes said.

The first thing the school asked for help with was for someone from the church to hold an English as a second language class (ESL) on campus for parents to learn English.

The church said yes, so they started an ESL class on the campus every Wednesday morning for the next 10 years. As more people became interested, the demand for the class increased. Eventually, the church started hosting classes on Thursday nights so people who worked during the day could learn English as well.

The class even attracted those outside the Hispanic community.

“We have a lady who is Vietnamese and a couple who are resettling from Ethiopia,” Shirley-Hawes said.

Recently, Crossroads has moved its ESL classes onto the church campus. Alongside those classes, another relationship that has started with the school is through a reading and pen-pal program with a first-grade class at Galveston Elementary.

We have a reading program,” Shirley-Hawes said. “We’ve got five or six people from our church who go in and partner with a specific teacher, and they go into that teacher’s classroom and read one time a week for 30 minutes.”