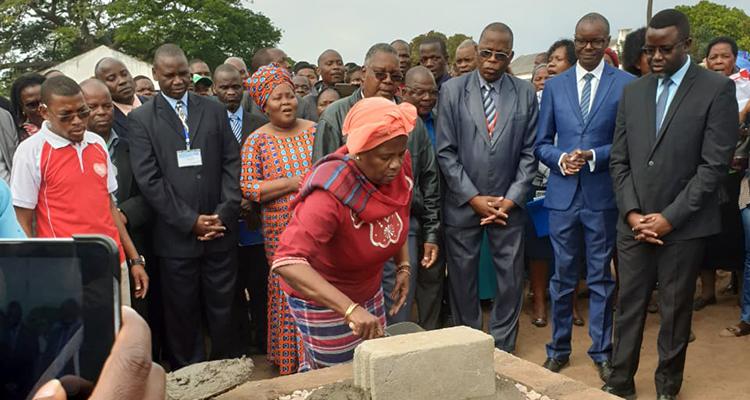 The Church of the Nazarene is beginning work on a trade school at the Machulane Mission Station in celebration of the church’s upcoming centennial anniversary in 2022.

According to field program coordinator Admirado Chaguala, the government of Mozambique has been placing an emphasis on vocational training. That emphasis, combined with the Church of the Nazarene’s commitment to education, birthed the idea of a trade school for one of Mozambique’s rural communities.

“When the church presented this project, the government support was granted,” Chaguala said. “At this time, not only does the community have expectations but the government has also reminded the church to fulfill this dream that is seen as more valuable to [the] communities.”

The village of Machulane holds significance for the Church of the Nazarene as it was the launching point for the denomination in Mozambique. The village was built by the Church of the Nazarene, and the original mission station consisted of a Bible college, primary school, and hospital. Church leaders were trained there until the civil war in 1975. Nazarenes in Mozambique often referred to Machulane as their “Jerusalem” because of the legacy it had for the church’s existence in Mozambique.

During the civil war, the government nationalized the mission properties. Today, the church is intent on “rebuilding Jerusalem.” There is currently no school in the area.

“When young people finish primary school, they have to leave their homes and move to the cities to continue their studies,” Chaguala said, adding that it’s not possible for many of them for financial reasons. “Therefore, by building the vocational training school at the mission station, it will be relevant to the community as the school will meet the education needs by training future professionals in different areas of skills.”

Mozambique currently is home to nearly 2,000 churches with over 215,000 members. At one point, Mozambique was home to the largest congregation on the African continent, pastored at that time by Bessie Tshambe, mother of General Superintendent Fili Chambo.

The village of Machulane holds great importance to the Church of the Nazarene in Mozambique, and the community at large is excited for the project.

“The expectation to see the school is very high,” Chaguala said. “The question that is being asked all the time is if the Church will fulfill this dream that it is no longer of [just] the church but of the entire community and government authorities as well.”

According to Chaguala, the hope for the project is that it will eventually become a Nazarene university. However, the first step is still providing education for the local community.

“The dream is to see people coming from different corners of the world to Machulane to be prepared for their contribution to the kingdom of God.”