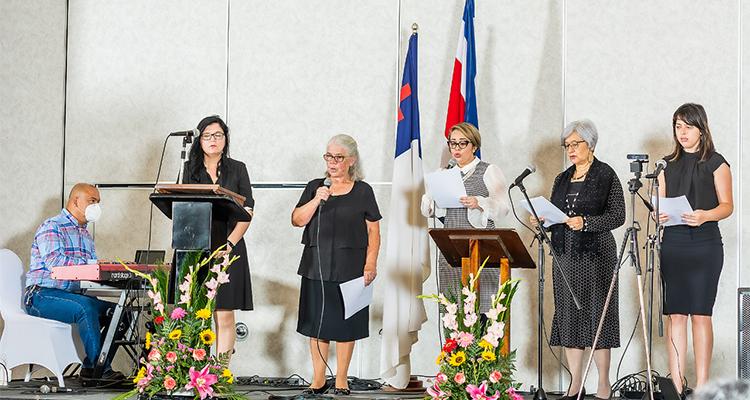 Iglesia del Nazareno Sublime Gracia celebrated its official organization with the Costa Rica Central District on 7 February 2021. The church is unique in that it does not have a real physical location.

According to founder and Lead Pastor Elimelec Juantá, the church’s flexibility in face-to-face, as well as virtual services has allowed them to continue in the time of the pandemic, discipling and receiving new brothers and sisters in Christ.

"By not having a church building, the brothers and sisters have understood that our Christian experience is 24 hours a day, wherever we are, and the services through the Zoom platform have been the achievement of the dual approach of our church," he said.

The church currently holds three virtual meetings. Other meetings like small groups are held in homes at different times and according to their needs. They also have a monthly face-to-face meeting when everyone meets to celebrate baptisms, reception of new members, and Communion. He also said that now their goal is to develop another church quickly, because according to him, "a church produces another church.”

The church has what Juantá calls an "urban/organic" format. The urban classification recognizes the church’s focus on reaching people from Costa Rica’s capital city, where there are more and more people including foreigners, and “organic” means the church does not have a location.

Juantá said that this church was placed in his and his family’s hearts 11 years ago during one of the many afternoons when they met with their Nazarene friends and ministers Sharon, Mario, and their daughter Valeria Vargas. They would drink coffee, listen to music, and talk. They began to dream of starting an urban and organic ministry to preach the Word of God.

"We knew that God had placed this challenge in our hearts," Juantá said.

On 5 February 2017, at the Radisson Hotel in San José, Sublime Gracia opened its doors. That first worship service welcomed 19 people. Now they have a church body of nearly 100.

“God has always been faithful,” Juantá said. “My wife, Crhis Mesén, and my children, Caleb and Isabela, have actively participated from the beginning, along with other relatives in addition to the family of Sublime Gracia. God’s faithfulness is shown in everything, especially in the new believers.”