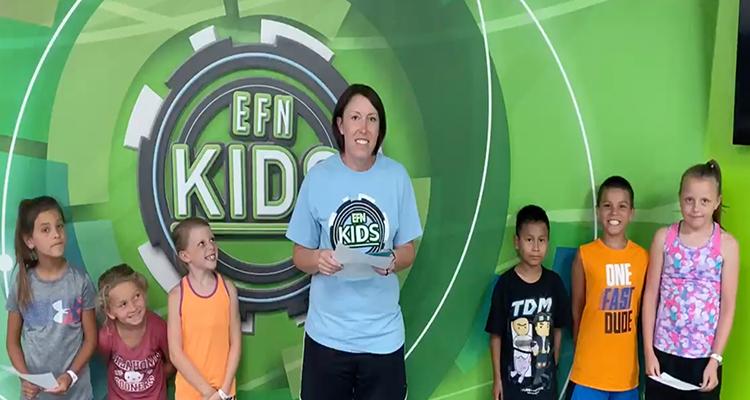 As the COVID-19 pandemic began to spread through Oklahoma, the Oklahoma District was forced to cancel family camp and children’s camps. District leadership wanted to replace some of the summer family programs, and they found a solution in Sunday School & Discipleship’s free VBS curriculum Treasure Quest.

Dorothy Whipp, the district children’s director and children’s pastor at Edmond First Church of the Nazarene, had seen Treasure Quest advertised in social media posts. While she was initially searching for a VBS solution for her own church, the district leadership decided to use the curriculum to do a district-wide, virtual VBS.

“I could just pick this up and use it,” Whipp said. “If I had chosen another curriculum, I’d have to go through fine-tooth part of making sure there wasn’t anything that would differ with our theology.”

Because of the curriculum’s solid Nazarene theology, Whipp was able to focus on the more technical aspects of running the VBS.

“It was a blessing right there in front of me,” she said. “I was trying to, in a way, reinvent the wheel in so many other areas, I didn’t have to feel like I had to pick all of that curriculum apart.”

Whipp and her team organized a full, four-day VBS virtually with assistance from 44 of the district’s churches. Each church was assigned a different segment to record, and each video was combined with others to create a one-hour video that would premiere on Facebook and YouTube each day.

“Maybe in a more normal time, when we had all been together it wouldn’t have been that big of a deal,” Whipp said. “But there is something fun about getting to feel like you still had a connection with your district family. I just think that was a fun, unifying thing for us, especially in the midst of none of us feeling like we had a good grasp on what we were doing or what’s going on.”

Some of the participating churches added additional elements, such as craft supply drop-offs to children’s houses. Other churches plan to use the VBS videos at a later time, and at least one church is using the videos for its Wednesday night curriculum for the next four weeks.

The curriculum also gave Whipp and her team the freedom to ad-lib. With their district camp canceled, they gave their speaker, a fellow pastor on the district, the opportunity to do doodling devotions with the kids at the end of each night of the program. It was a hit among the kids, according to Whipp.

“For some kids, that was their favorite part of the whole evening, was getting to watch Pastor Rick doodle,” she said. “When you’ve got a resource that’s good, that you’re not already having to rework, it gives you more flexibility to add other elements that you may have."