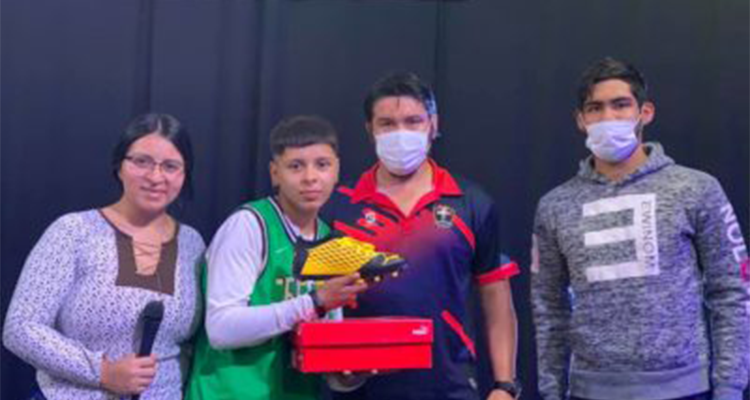 Cristo Rey, a soccer school in the Central District of Paraguay, is educating athletes in a holistic manner. Recently, the school produced its first professional player.

The school was founded by Barry Carney when he was serving as a missionary in Paraguay. It was led for a time by Pastor Marcos Muñoz and Pablo Tello, who invested time and resources during the formational years of the school.

In 2019, missionary Astrid Mayta took over as director and moved the program in a new direction. It was turned into a child development center and adopted the motto "training holistic soccer players." Astrid and her husband, Yoan Camacaro, focused their work on five areas: spiritual, academic, psychological, physical, and social. In addition to the soccer training, they give English lessons, have Bible studies, and teach students about nutrition. This training contributes to the complete development of an athlete.

Over the last two and a half years, despite significant economic challenges and the pandemic, the work has continued. At the end of July, Cristo Rey reached a big milestone: one of their students, a 14-year-old girl named Naara, signed a contract with a team in Paraguay’s top professional league. She is currently participating in the team’s pre-season training.

“The project is working,” Yoan said. “There is a wonderful team of coaches and teachers who support and add to this intentional project: Victor Daniel Ortiz Arguello, Brenda Fitzsimmons, Cami Castillo, and Enrique Bogado. Pray for all of this and for the next well-rounded athletes who will rise up with this project."