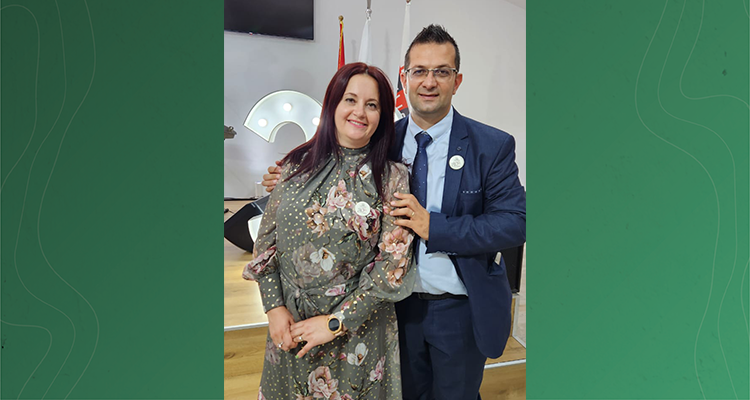 Biti currently co-pastor's the Church of the Nazarene in Tirana, Albania, with his wife Edlira.

“As a family, we want to be Christlike by living a life that reflects Christ, sharing His love and grace, and being His hands and feet in our country,” Biti said. “Pray for God’s guidance and wisdom as we serve the Albania-Kosova District.”

He replaces Steve Beiler, who served as district superintendent since 2007.

Biti has a bachelor’s degree in finance and a master’s degree in public administration. He also holds a diploma in Christian ministry from EuNC. He began his ministry as a youth pastor and served as the district youth president and Central European Field youth coordinator. In 2015, he was elected general secretary of the Albanian Evangelical Alliance and was named its president in October of 2022.

Biti and Edlira have three children: Amaris, Elia, and Aria.