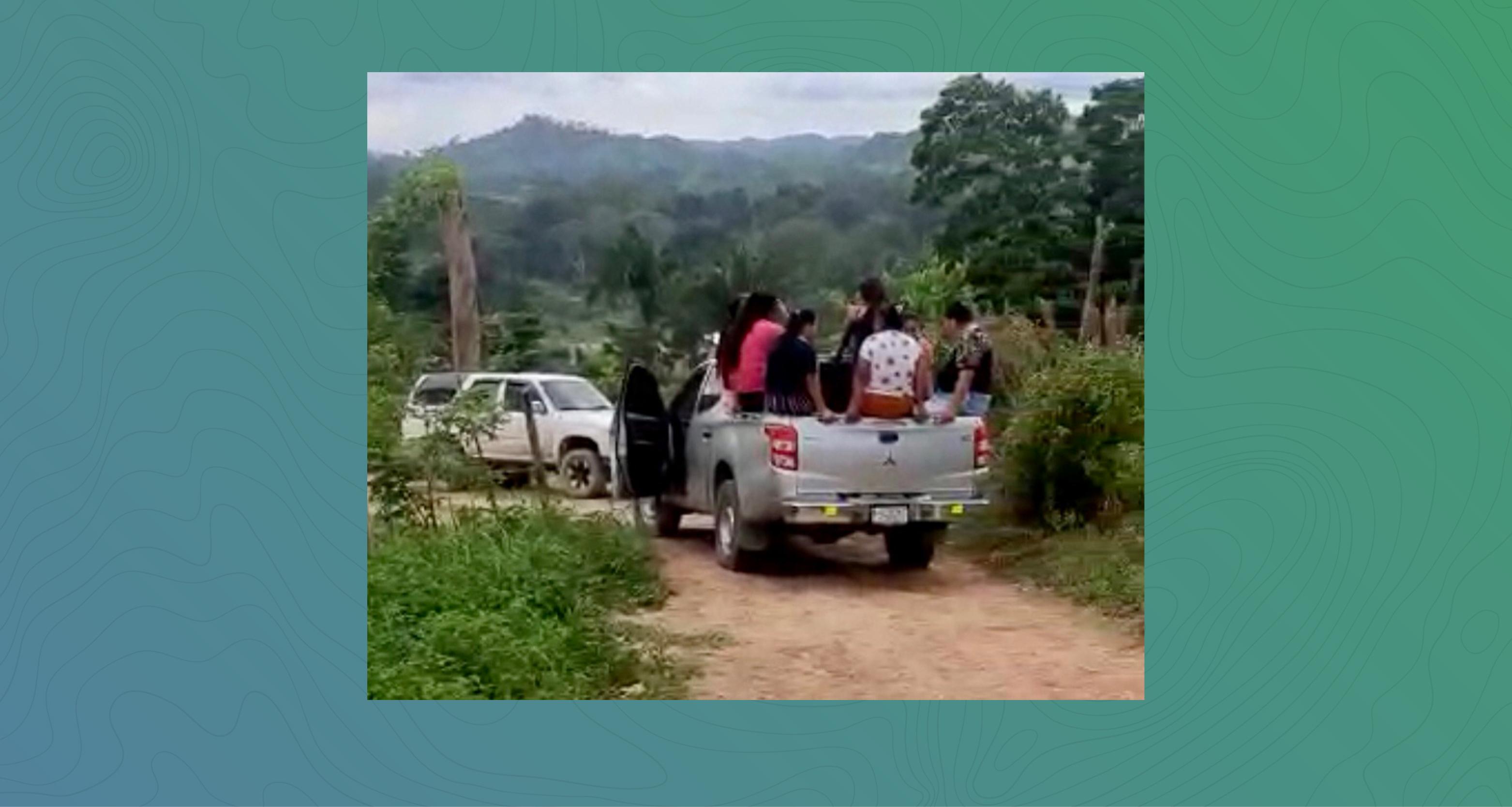 El Distrito Atlántico de Guatemala was given a plot of land to start a church in a town where the district provided assistance after Hurricane Iota this fall.

Mario Pineda, superintendent of El Distrito Atlántico, received an unexpected phone call from Don Pedro Cortes, leader of the Community Council for Urban and Rural Development of the Nueva Bendición community in Izabal, Guatemala. Cortes asked Pineda for a meeting because he had something to give him.

When Pineda and his family arrived in the community, Cortes announced that in agreement with the community, the council decided to donate a 37 by 37 meter (roughly 1/3 acre) plot of land to the Church of the Nazarene to start a mission in the Nueva Bendición community because there was no church there.

The land was a token of appreciation for the support the church provided after Hurricane Iota caused serious damage to Nueva Benedición in November 2020. At that time, the district came together with Nazarene Compassionate Ministries from the North Central Field and the disaster response team. They brought shoes, clothing, food, medicine, emergency kits, and more. Some people in the community said that this was the only help they received.

“Thank God for the help we received from NCM and the regional office,” Pineda said. "We were able to reach people in great need and show them that God loves them and that He did not forget them in times of distress."

Currently, Pastor Esly Aguilar of the Iglesia del Nazareneo Los Positos is in charge of the new congregation. The group of nine meets in the home of one of the families until they can build a church on that plot of land.