Discipleship at the heart of New Mexico church plant

Discipleship at the heart of New Mexico church plant 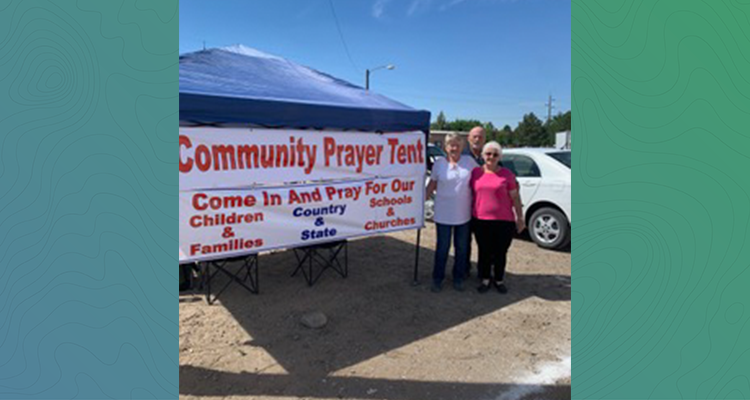 26:16 members hold their drive-thru prayer at the Community Prayer Tent

A church plant is growing in a small New Mexico community thanks in part to its discipleship efforts and community-centric focus.

Lead Pastor Tammie Summers began 26:16 Church of the Nazarene in Farmington, New Mexico, just a year and a half ago. The figures 26:16 refers to Acts 26:16, where the Lord commands Paul to get up and be a witness.

“Now get up and stand your feet,” the verse reads. “I have appeared to you to appoint you as a servant and as a witness of what you have seen and will see of me.”

Summers believes that the church should be about the community ministering to the community and that they are all called to be a witness like Paul.

“We seem to confine the church into the building when we’re not called to do that,” she said. “We are called to step outside of the building.”

When Summers started the church with six people, she confessed she wasn’t sure how God was going to use a church of that size.

A man named Mark* who attends the church has gone through the courses and even enrolled in Nazarene Bible College for the coming year. He has begun ministering to people within a home complex for elderly and handicapped people.

“This small complex is actually starting to minister to each other,” Summers said. “It’s amazing what God is doing.”

A woman named Molly* is doing the same in her community and has begun the lay ministry course through The Discipleship Place.

In addition to those who have become intentional about ministering to their own communities, members started up a community prayer tent that holds “drive-thru prayer.”

Summers and the church aim to create small churches within their own neighborhoods. They believe it makes sense for their city and for the church that they want to be within their community. Even though 26:16 started with just six people, the church has quickly grown, in part because they have been intentional in walking alongside the people that they are ministering to.

“We always have to look at the grace of God, how He gave grace to us,” Summers said. “That same opportunity is right there with that person in front of you who may not know the Lord. But how can they come to know the Lord? It’s through us, it’s through discipling, and teaching the Word of God.”