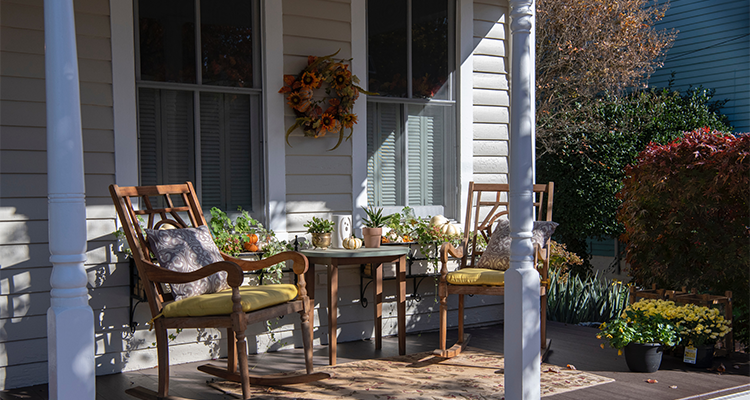 Inspired by the Church of the Nazarene’s new discipleship framework, the Journey of Grace, Pastor Jay Height of Indianapolis Shepherd Community Church of the Nazarene, and his wife, Jane, have been building intentional relationships with community members by delivering food to 10 families since the start of the pandemic. Through the outreach, they met Mike and Diane Tyler, forming a relationship that would eventually lead them to Christ.

Mike suffers from stage 4 liver cancer, and Diane was recently diagnosed with stage 4 lung cancer. As Jay and his wife delivered food to them, they began to become friends. They talked about life, Jesus, pain, salvation, and much more while staying socially distant during the pandemic.

In addition to feeling as if they didn’t belong in a church, Mike and Diane never found it safe to attend church during the pandemic due to their health challenges. But through their blossoming friendship, the couples were able to have conversations about faith that began to bring the Tylers closer to God.

Mike experienced a turning point at Christmas time when Height shared funds that were given to help families with Christmas gifts, food, and more. The Tylers were one of the families on the receiving end of the blessing.

“He began to cry and said, ‘Nobody does anything for me.’” Height said. “His wife told him she had never seen him cry.”

Mike was shocked by the gesture of the anonymous donor.

“Why would this guy do this for me?” Mike asked. “He doesn’t even know me.”

Height agreed and explained, “'But [the donor] knows Jesus, and this is how he goes about his faith. He wanted to bless you.'

"For Mike," Height explained, "it was this breakthrough moment when he realized God could love him and care for him and who he was, and that the church was not defined by a building.”

That day, they prayed, and Mike and Diane surrendered their life to Christ. It also inspired Mike to do something for his neighbor. He asked Height if they could bring some food for his neighbors who were struggling in that moment.

“I told him, ‘No, but I’ll bring extra food and you deliver it to your neighbor,’” Height said. “He loved that.”

“In the conversation, Mike shared that he was ready to meet God when his time comes to die, but there was problem,” Rainey said.

Mike hadn’t been baptized, so Height and Rainey had him get a bucket of water and baptized him right on his front porch.

“It was a noticeable glow he had about him after,” Height said. “What a privilege.”

Both Rainey and Height explained that Mike’s salvation and baptism occurred because of the natural, authentic relationship that Height had built with Mike and Diane.

“There is nothing artificial about what we’re doing, because I guarantee you Mike would sniff it out in a second,” Height said. “Compassion is not a ‘to-do;’ compassion is a natural outpouring of our holiness. The Journey of Grace is the same thing. It is the natural outpouring of what Christ has done for me and how in living that out, I bring others along the journey with me.”