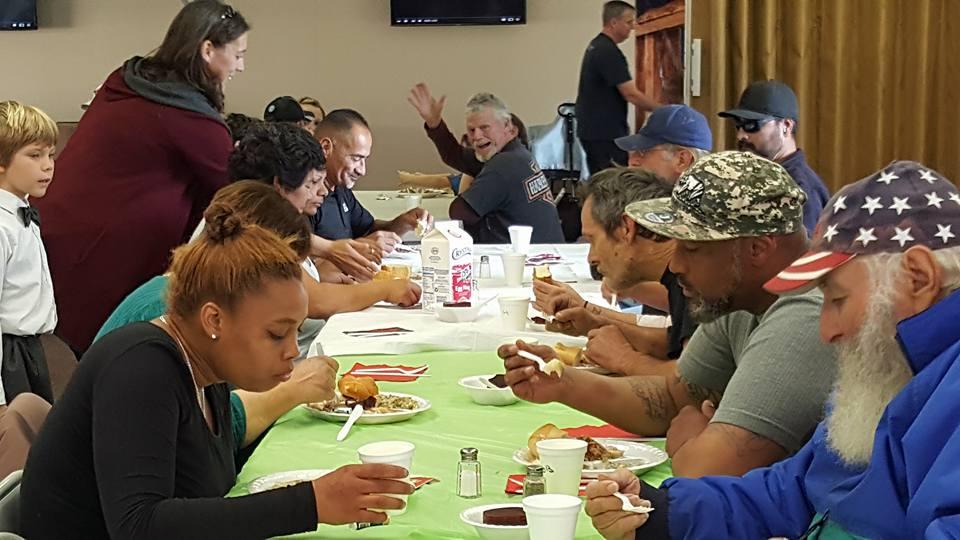 Connecting Point Church of the Nazarene in Denair, California, has been opening up its facilities to the homeless in their surrounding communities for the past eight years. Now, the church is expanding that ministry into economically challenged areas of its community.

Under the leadership of Chuck Freeman, CPO has been traveling around town on the church bus on Thursday mornings to the various homeless camps for the last 8 years. The volunteers invite those in the homeless camps to get on the bus and travel to the church where they are fed breakfast and lunch and given the chance to shower and wash their clothes. Freeman said they usually have nearly 20 loads of laundry done every Thursday.

Most importantly, CPO holds a chapel service to give those they serve an opportunity to hear God’s word.

“For many of them, it’s the only shower they get,” Gebhart said. “And you’ve got people that are out there, yes some are out there because of choices that they made. But some are out there because of what life brought to them, and it enables us to love them in Jesus’ name. It’s taking seriously what Jesus said there when He said, ‘You’ve done it to the least of these, you’ve done it to me.’ And I think that’s what really drives us is realizing that this is what God’s called the church to do.”

CPO hopes to provide more services to the economically challenged in the surrounding communities of Turlock and Denair. Their first step is to help residents learn how to fill out job applications and how to present themselves in an interview.

The second phase includes starting a parish nursing program. The program would bring healthcare professionals into the facilities and give those who attend CPO a chance to have their blood pressure and blood sugar checked, among other health screenings.

In 2019, CPO saw roughly 20 decisions for Christ made in their Thursday program, including a man named Val, who has now become a church member.

“[Val] is a refugee that came here and was living with his family, and basically his family said ‘You can live outside in the car in our driveway,’” Gebhart said. “He rides his bike every Thursday, rain or shine. He also became a member of our church. He joined CPO, got saved, joined [the church], and he’s in his [seat] every Sunday.”

Gebhart believes one of the biggest successes is how the congregation has accepted and loved those who come from CPO’s Thursday ministry into Sunday service.

“They’re not an outcast when they come here,” Gebhart said. “Our people talk to them and befriend them. They’re part of us, and that’s a thrill for me. It’s not just that we’re some great hope here, but they’ve actually become a part of who we are as a church.”