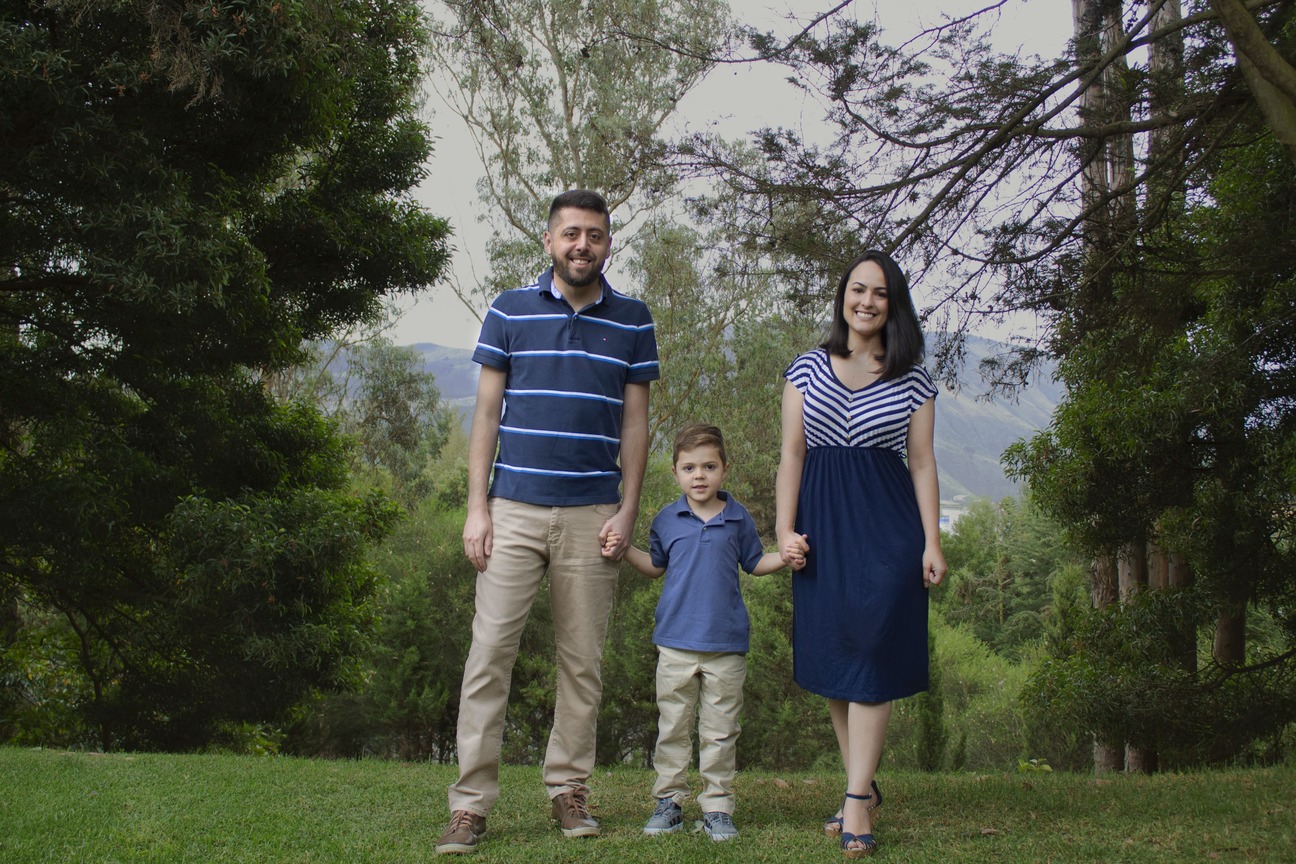 Juliana (07/28/86), Lucas Nunes (07/09/85), and their first son Matheus (10/01/16) are missionaries of the Church of the Nazarene and are assigned to serve in the South America Regional Office. Both were born in Brazil, where they married in 2012. They lived in Argentina for 3 years and in October 2018, moved to Quito, Ecuador where they serve all 10 countries in the South America Region while working in 3 different languages: Portuguese, Spanish, and English.

Lucas graduated in 2007 with a degree in Administration from Paulista University and completed his postgraduate degree in Personnel Management at INPG College in 2016. Juliana graduated in 2008 in Advertising from ESAMC and completed her postgraduate degree in Business Strategic Management from UNICAMP in 2012. Both have taken some theology classes at the seminary in Brazil and at the former FNB – Brazilian Nazarene College. The couple felt God calling them to missions, so they both left their jobs and started this new journey the Lord was leading them on: “Have I not commanded you? Be strong and courageous. Do not be afraid; do not be discouraged, for the Lord your God will be with you wherever you go.” Joshua 1:9

The couple’s heart burns with the desire to serve God fully through their professions, beyond what they were already doing in their local church and district.

As local ministers and lay persons of the Castelo Church of the Nazarene, they served with youth, praise ministries, helped in children’s Sunday School when necessary, and were available to serve in every capacity at their local church. They were also a part of the leadership team for couple’s ministry. Lucas was also in charge of NYI for the Campinas District in 2015, where he elaborated the theme Unity and Holiness, with the involvement of about 60 churches and 4,500 young people. His parents are both Nazarene pastors and now missionaries. Lucas is proudly the fourth generation of Nazarenes in his family. He grew up involved in Church of the Nazarene programs including missions’ tips, participating with W&W and Lovework groups, whenever they came to Brazil and youth camps.

Now, Lucas is the Communications Coordinator for South America Region and Juliana is the Regional Personnel Coordinator. During the pandemic, they were able to grow in ministry by using Zoom as a platform to connect people. The communications team was responsible to train and give support to all leaders in the region by facilitating meetings, web-hosting regional conferences, and supporting local churches. On the personnel side, Juliana was able to facilitate Zoom meetings with all missionaries serving in the region by providing lectures with special guests talking about various themes such as mental health and missions pre and post-pandemic.

Both testimonies demonstrate their love and obedience to the Lord, to serve Him no matter when and where they are. They are thankful for the prayers and support from our Nazarene family all over the world. Without it, they would not be able to serve as they are serving right now!