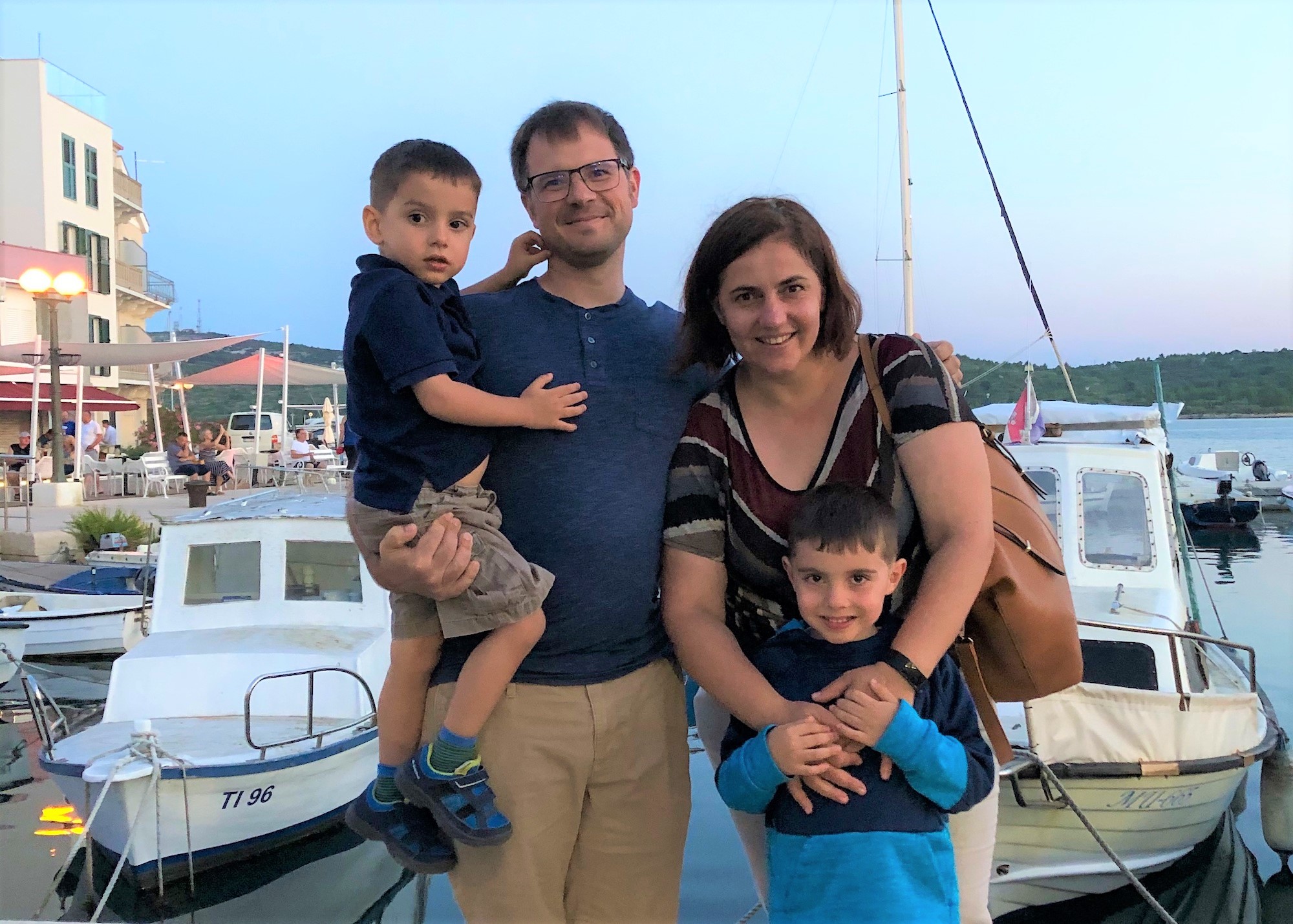 Martin is originally from the Mid-West, USA. He is a CPA and graduated from Mid-America Nazarene University with degrees in Accounting and Business Administration. In November 2017, he received a Master’s Degree in International Development from Kimmage Development Studies Centre in Dublin, Ireland.

Cezarina is originally from Albania. In 2001, she moved to Florence, Italy where she studied, worked, and served as an NYI leader, an NMI president, a church board member, and in other local ministries for seven years. In 2008, God called her to move to Germany and prepare herself for ministry at European Nazarene College, where she studied and graduated with a BA in Theology. In May 2016, she received a Master’s Degree from Northwest Nazarene University in Missional Leadership.

Martin and Cezi have two amazing little boys. Reuben, who was born in Germany in 2014, and Lukas, who was born in Hungary in 2017, are already world citizens. They have an American father, an Albanian mother, and were all four born in different countries.

Martin and Cezi feel blessed to be able be serving God in Croatia. Although raising a young family has drastically changed their daily activities, Martin still tries to find time to mountain bike and Cezi continues to enjoy cooking, traveling, and hosting people in her home.  Having lived in several countries, she has adapted several cultural cooking styles that her family is very fortunate to take advantage of.

They consider themselves blessed and fortunate to be able to be a part of what God is doing in Croatia and Central Europe in general!