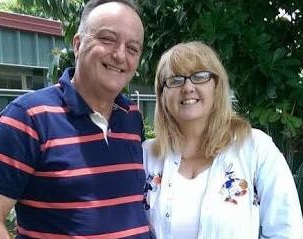 Roland and Emmy met on the campus of Nazarene Theological College Brisbane in 1985. They were married later that year. It was as close to love at first sight as you could get. Roland Emmy entered pastoral ministry one week after graduating in 1987. They have four adult children, of whom they are enormously proud.

Together they pastored churches in Biloela, Queensland; Maryborough, Queensland; Frisco, Texas; and on the North side of Brisbane, Queensland. The last two were both church plants. After more than 20 years in ministry Roland returned to University and completed a BA at the University of Queensland with majors in Psychology and the Studies of Religion. Later he completed a Research Honours degree focused on the church as a healing community for the human struggle with shame. Roland and Emmy’s passion from very early in ministry has been to see the church become a genuine healing community for all she touches.

Roland was appointed the District Superintendent of the Australia North and West district in 2015. Subsequently, in 2019, Roland was appointed the Field Strategy Coordinator for the Australia New Zealand Field. The challenges of serving in an area of the world that ranks among the most secular post-Christian areas are many. However, Roland and Emmy find enormous joy in being able to live with, serve, and give their lives to an extraordinarily wonderful expression of God’s kingdom. All this while they seek to find new ways of touching the brokenness of the world in which they live has brought an enormous sense of fulfilment to their lives.