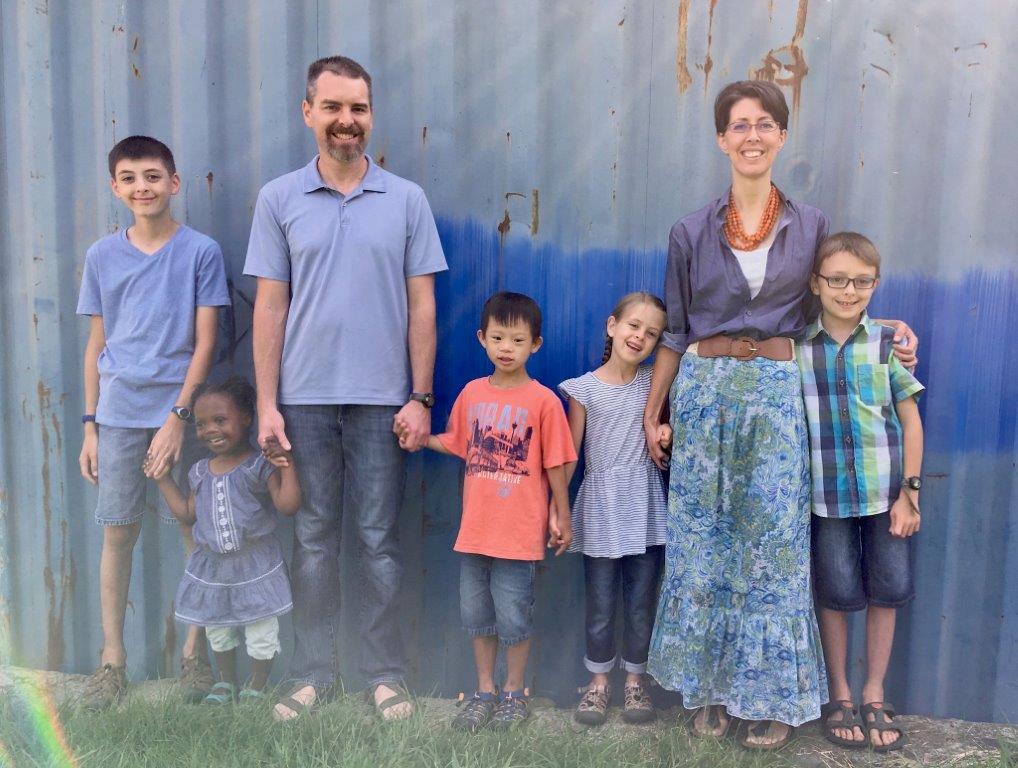 Beckey felt called to the mission field as a child and had her heart drawn to helping orphans with disabilities following a summer mission trip during college.

We lived in Israel where Nathan attended at a medical school that focused on International Medicine.  After completing residency in the USA he started practicing Family Medicine.

Throughout school, training and practicing medicine, we were blessed with five children.  The oldest three are biological and the youngest two were adopted and have Down syndrome.

In January of 2015 we watched a video about the need for doctors at Nazarene Hospital in Papua New Guinea.  As we began to look into the possibility of our family meeting this need every door we thought would be closed was opened.  In early 2017 we moved around the world and are now living in Papua New Guinea to help bring physical and spiritual healing to the people in the Western Highlands.  Follow our ministry at 7inPNG.com