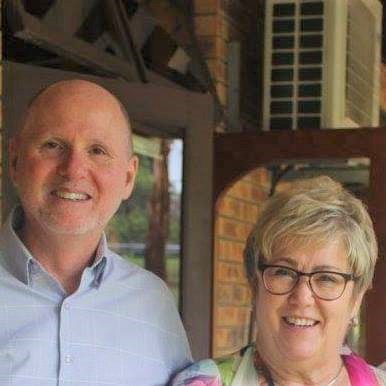 Born in the San Francisco Bay Area, John was raised in a large family. In his mid-teens he recognized the call to cross-cultural ministry and began to prepare himself for this work. John graduated from Point Loma Nazarene University, receiving his Masters Degree from Nazarene Theological Seminary and a DMin from Fuller Graduate School of Theology.

In 1977 he accepted an invitation to plant a church on the Southern California District in Chino. After 10 years pastoring this rapidly growing church, John and his family moved to Brisbane, Australia, where he and his wife, Vicki, taught at Nazarene Theological College and John pastored the church plant on campus. In 1992 John accepted the assignment to pastor his home church in Concord, CA, where the church ministered to the many cultures and language groups surrounding the church campus. At the end of his time in Concord, the church comprised 5 language-driven congregations.

Vicki was born into a pastor's home in Puyallup, Washington, the daughter of Rev. Don and Eileen Beecher. Vicki spent most of her early years on the Northern California District, and then graduated from Point Loma Nazarene University with a Bachelors Degree in English Letters. She spent most of her career teaching high school English. She is the mother of 4 children, 2 boys and 2 girls. She and John share 6 remarkable grandsons.